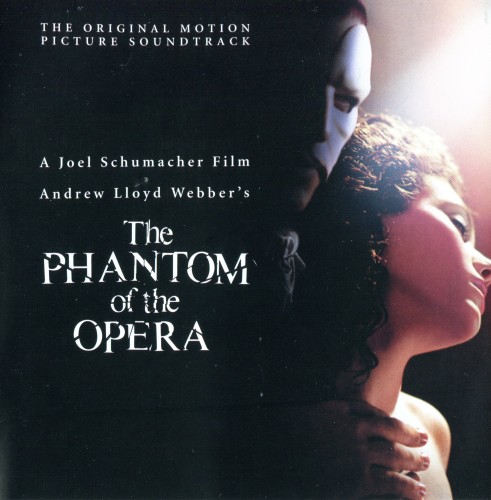 For better or worse, Andrew Lloyd Webber’s adaptation of Gaston Leroux’s gothic horror/romance novel has done for stage musicals what Spielberg’s Jaws did for fish stories, with worldwide sales of its original cast album approaching 25 million. While director Joel Schumacher’s film turns on his typically ambitious visual verve, its new film soundtrack recording has been paradoxically focused in scope, yet beefed up dynamically via the brawny presence of a hundred piece orchestra and The London Boys Choir. This single disc version showcases all of Phantom’s key songs (a deluxe, double-disc edition is also available), with Gerard Butler imparting a welcome, youthful sensuality to his Phantom, making a fine foil for Emmy Rossum’s ever-conflicted Christine. Original show orchestrator David Cullen has fashioned compelling new contemporary arrangements to frame Webber’s songs — which now conclude with the lilting, upbeat new ballad he wrote for the film, “Learn to Be Lonely,” sung by Minnie Driver.

Andrew Lloyd Webber’s musical adaptation of Gaston Leroux’s 1911 gothic mystery novel The Phantom of the Opera proved to be at least the composer’s second most successful project, behind only Cats, and with the potential to outdo even that blockbuster. The musical opened in London in October 1986 and in New York in January 1988, and both productions were still running (along with many others around the world) when the film version finally premiered in December 2004. Because the same starring performers, Michael Crawford and Sarah Brightman, moved from the West End to Broadway, there was no original Broadway cast recording, the original London cast album serving to represent both stagings. In line with the success of the show, that album, a double-disc set, was also a hit, selling four million copies in the U.S. alone by 1996, with another four million copies of a single-disc highlights version as well. Although there was also an original Canadian cast album (not to mention foreign language versions from such countries as Japan and Austria), the movie soundtrack represents the first major re-recording of the score since 1986. Again, Lloyd Webber has opted to issue it in two versions, but this time, the 63-minute single CD is considered the standard release, with the double-disc set billed as the Special Edition version. Even fans of the show and the film may want to stick with the shorter one, however. The two-hour special edition is that rarity, a soundtrack album that actually contains the complete, unedited film soundtrack, including dialogue, incidental background music, and sound effects. This, of course, makes it something of an odd listening experience, especially because there doesn’t seem to be any reason why some dialogue is spoken and some is rendered in singsong recitative. Lloyd Webber has written some extra background music here and there, as well as one new song, and that’s an oddity, too. Minnie Driver, who plays the prima donna Carlotta, had her singing dubbed by Margaret Preece, but she turns up at the end and, over the closing credits, sings “Learn to Be Lonely,” an irrelevant and musically out-of-place song clearly composed just to have a new tune that would be Academy Award eligible. The film’s other singers are adequate but no competition to Crawford, Brightman, and their colleagues, and the initial recording remains the one to buy.