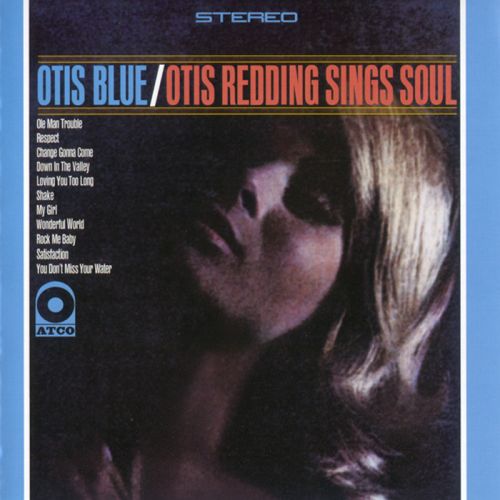 Otis Redding’s third album, and his first fully realized album, presents his talent unfettered, his direction clear, and his confidence emboldened, with fully half the songs representing a reach that extended his musical grasp. More than a quarter of this album is given over to Redding’s versions of songs by Sam Cooke, his idol, who had died the previous December, and all three are worth owning and hearing. Two of them, “A Change Is Gonna Come” and “Shake,” are every bit as essential as any soul recordings ever made, and while they (and much of this album) have reappeared on several anthologies, it’s useful to hear the songs from those sessions juxtaposed with each other, and with “Wonderful World,” which is seldom compiled elsewhere. Also featured are Redding’s spellbinding renditions of “(I Can’t Get No) Satisfaction” (a song epitomizing the fully formed Stax/Volt sound and which Mick Jagger and Keith Richards originally wrote in tribute to and imitation of Redding’s style), “My Girl,” and “You Don’t Miss Your Water.” “Respect” and “I’ve Been Loving You Too Long,” two originals that were to loom large in his career, are here as well; the former became vastly popular in the hands of Aretha Franklin and the latter was an instant soul classic. Among the seldom-cited jewels here is a rendition of B.B. King’s “Rock Me Baby” that has the singer sharing the spotlight with Steve Cropper, his playing alternately elegant and fiery, with Wayne Jackson and Gene “Bowlegs” Miller’s trumpets and Andrew Love’s and Floyd Newman’s saxes providing the backing. Redding’s powerful, remarkable singing throughout makes Otis Blue gritty, rich, and achingly alive, and an essential listening experience.