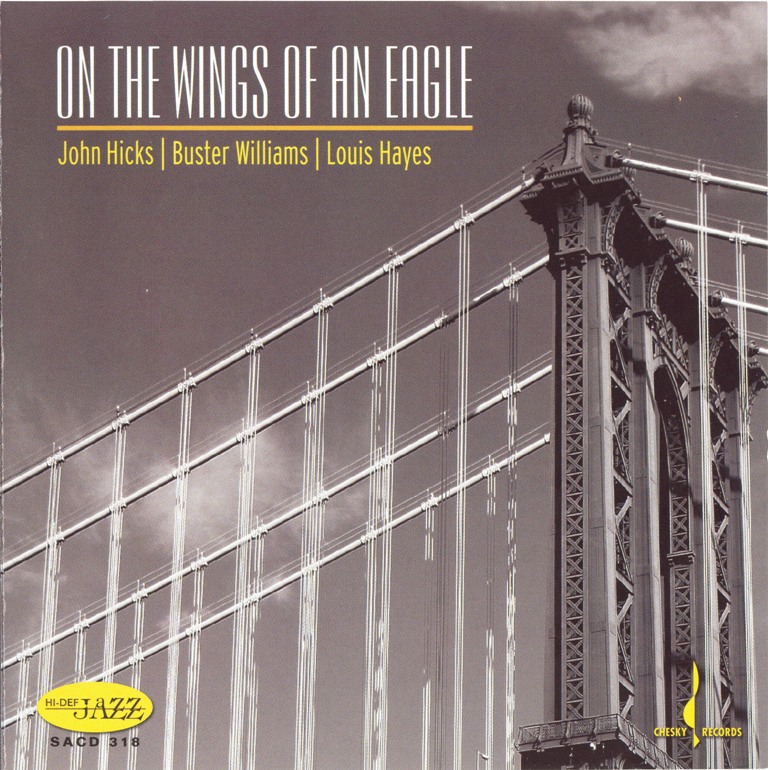 On the Wings of an Eagle is an album by pianist John Hicks, recorded in 2006. The album was recorded by the working trio led by Hicks, with bassist Buster Williams, and drummer Louis Hayes. The Penguin Guide to Jazz commented that “Hicks died eight weeks after the recording, which lends it a certain poignancy, but even without that association it would be a cracking set”.

John Hicks is heard with his working trio on what is likely his final recording, made two months to the day prior to his unexpected death. With bassist Buster Williams and drummer Louis Hayes, also seasoned veterans and bandleaders themselves, the set list for this well-recorded studio session is a hard bop lover’s feast, drawing from both familiar and less frequently heard repertoire. Hicks throws quite a few curves into Gigi Gryce’s “Minority” by tossing in a few vamps then getting right to business with improvising rather than bothering to offer a chorus of its theme, with Williams’ fleet bassline and Hayes’ brushwork powering him in full flight. The leader’s sole original is a salute to Cedar Walton, an upbeat piece called “As Birds Fly (Walton’s Mountain)” in which the musicians easily scale its heights. The bassist contributed two originals, including the lush, somewhat moody “Strivers Jewels” and the delicate tribute to his then-young niece “Christina.” Hayes is an asset throughout the recording, particularly standing out in the powerful interpretation of Dexter Gordon’s “Cheesecake.” John Hicks was clearly at the top of his game at the end of his life, and this final recording adds an important chapter to his recorded legacy.