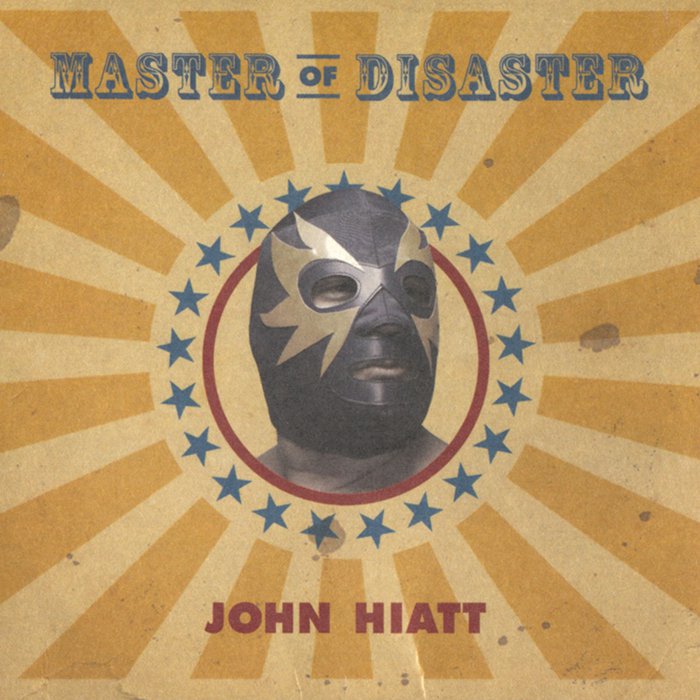 John Hiatt has often wavered back and forth between his instincts as a rocker and a more measured singer/songwriter bent, and after the rowdy guitar-fueled blues-rock of 2003’s Beneath This Gruff Exterior, it should come as no great surprise that Hiatt toned things down a bit for his next album, 2005’s Master of Disaster. Produced by Jim Dickinson, with his sons Luther Dickinson and Cody Dickinson (from the North Mississippi Allstars) on guitar and drums, Master of Disaster is rooted in loosely tight Memphis groove, but while Hiatt sounds soulful as all get out (as per usual) on this set, the lingering mood is often downbeat and introspective. The title cut is a stinging meditation on the role of addiction in a musician’s life, “Love’s Not Where We Left It” and “Ain’t Never Goin’ Back” are as lean and unsentimental as songs about love can get, and even his ode to the wonders of the Ford Thunderbird finds room for some pithy recollections about one man’s bitter relationship with his father. Still, Hiatt does find some room for comic relief in his meditation on cold weather, “Wintertime Blues,” he has fun with his crotchety old man tale “Old School,” and the raspy grain that has worked its way into his voice suits both the singer and his songs just fine, giving the performances a welcome warmth and humanity. Master of Disaster packs too much good and greasy East Memphis vibe to qualify as “mellow,” even when Hiatt is searching the depths of his soul, and his material strikes a comfortable balance between his more confessional work and his impulsive rock & roll, allowing him to have it both ways for a change.