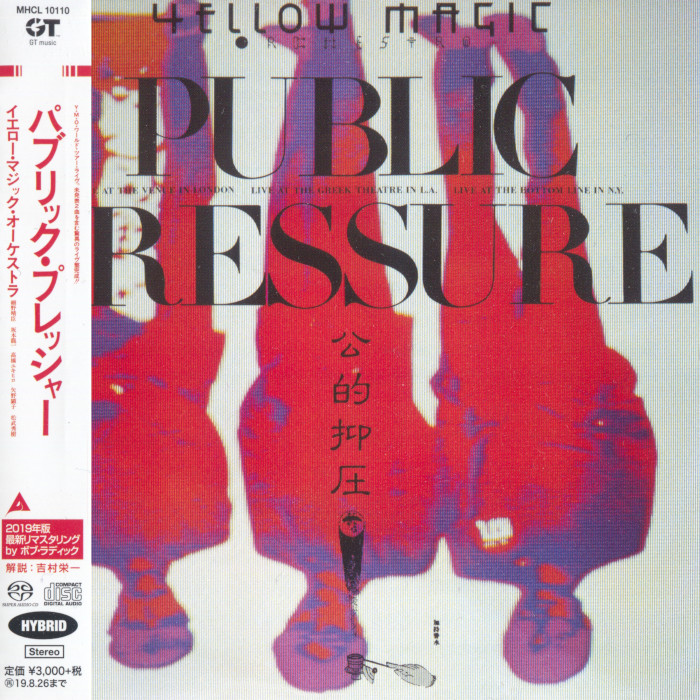 Public Pressure is Yellow Magic Orchestra’s first live album. It was their second number-one album in Japan, setting a record of 250,000 copies sold within two weeks of release. It was recorded during three dates of the group’s first tour of Europe and the US.

The group toured as a six-piece, but guitarist Kazumi Watanabe was mixed-out and replaced with more keyboards due to contractual matters between record labels. Un-dubbed recordings from this tour were later released on the album Faker Holic. Most of Yukihiro Takahashi’s vocals were also replaced with those re-recorded afterward in studio. These were not restored on Faker Holic.