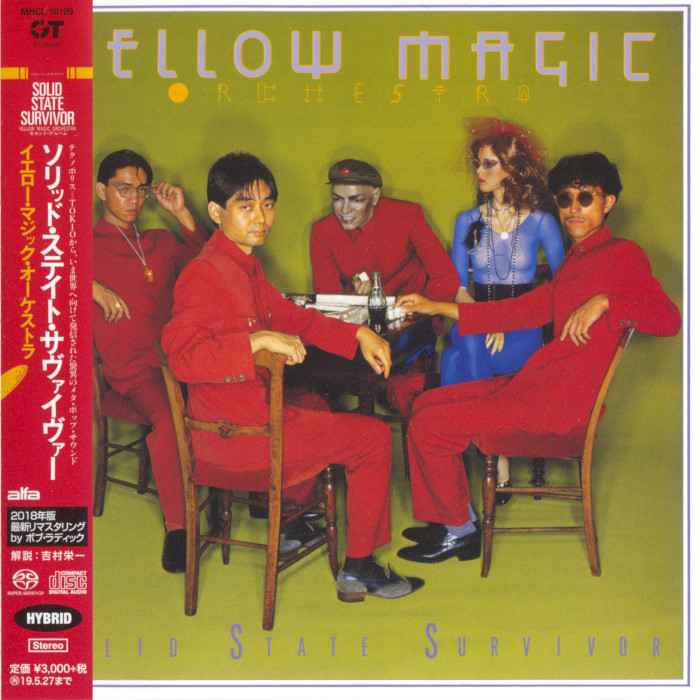 Solid State Survivor is the second album by Japanese electronic music band Yellow Magic Orchestra, released in 1979. Solid State Survivor was never released in the United States, but many of the songs from this album were compiled for release in the States as the US pressing of ×∞Multiplies (1980). The album was an early example of synthpop, a genre that the band helped pioneer alongside their earlier album Yellow Magic Orchestra, and it also contributed to the development of techno. Solid State Survivor won the Best Album Award at the 22nd Japan Record Awards, and it sold two million records. Several songs from the album have continued to be widely covered and sampled.

The trio hit their stride with second album Solid State Survivor, a brisk and confident set of synth-disco-pop that continues along the line drawn five years before by Kraftwerk. Fun-loving and breezy where Kraftwerk had been ponderous and statuesque, the album sets out YMO’s template for electronic pop with less minimalism and a more varying use of synthesizer lines. The English lyrics, written by Chris Mosdell but sung by YMO themselves, make for hilarious listening especially on a cover of the Beatles’ “Day Tripper”.