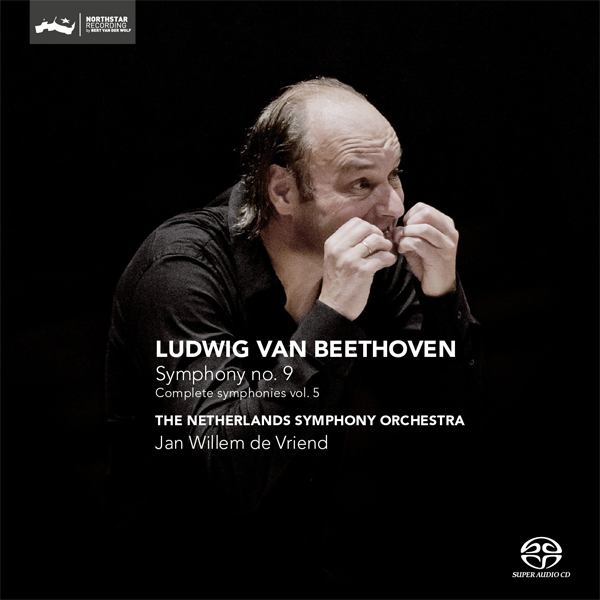 This is the fifth and final volume in a cycle of the complete symphonies of Beethoven being released by conductor Jan Willem de Vriend and the Netherlands Symphony Orchestra. The new disc features the composer’s 9th Symphony known as the “Choral”, and as with previous recordings in the series it is being made available as a hybrid SACD.

Written in 1824, the Symphony No. 9 in D minor, Op. 125, is Beethoven’s final complete symphony. It has come to be known as the “Choral Symphony”, and is the first example of a major work of its type to incorporate voices. The words are sung during the final movement by four vocal soloists and a chorus. They were taken from the “Ode to Joy”, a poem written by Friedrich Schiller in 1785 and revised in 1803, with additions made by the composer.