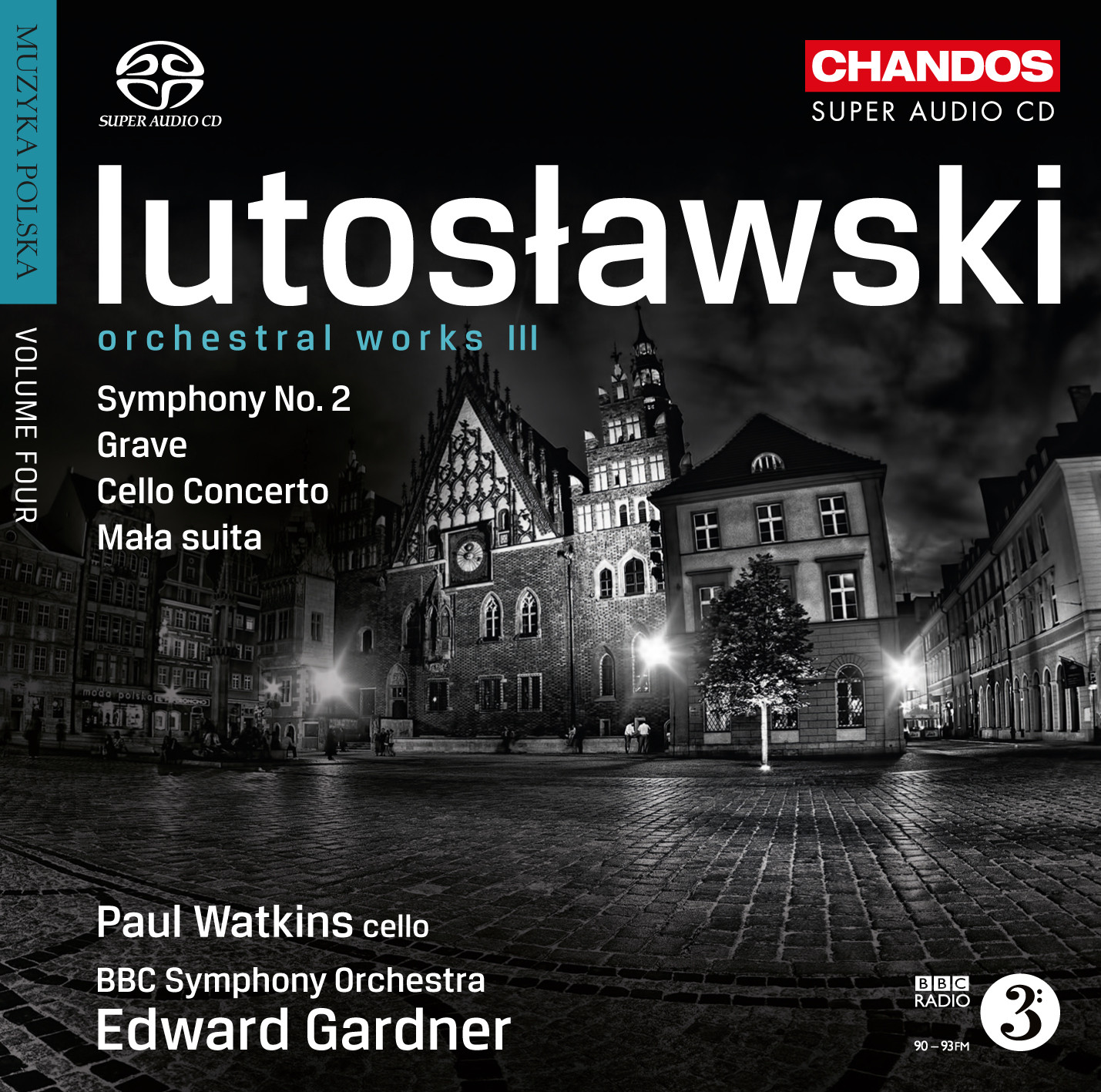 This is the fourth volume in Chandos’ series devoted to the music of the Polish composer Witold Lutoslawski. Edward Gardner and the BBC Symphony Orchestra, described by Gramophone as a ‘veritable dream team’ in a review for Vol. 1, are joined on this recording by the cellist and exclusive Chandos artist Paul Watkins.

Lutoslawski drew his main thematic material for Little Suite (Mala suita) from folk melodies from the village of Machów in south-east Poland. As such he was following one of the paths recommended by the communist government for connecting to the ‘broad masses’ by creating what today might be called ‘people’s music’. In this work Lutoslawski demonstrates his characteristic lightness of touch, excellent ear for orchestral timbre, and ability to transform his material into something highly individual.

The Second Symphony (1965 – 67) was Lutoslawski’s first large-scale orchestral work since the Concerto for Orchestra (1950 – 54), and a lot had happened in Poland since the premiere of that work. The government had significantly eased its cultural restrictions for music, which meant that Polish composers were becoming increasingly exposed to new ideas from the West. Lutoslawski, ever his own man, chartered a distinctive path through this thicket of new music, and by the mid-60s he had developed his own individual and expressive idiom. In the Second Symphony, he creates an atmosphere of tense anticipation in the opening stages, before drawing the listener into the ensuing, more purposefully developed music, which reaches a climactic explosion and resolution.

Paul Watkins is the soloist in the Cello Concerto, one of the most original works of recent times. While Lutoslawski insisted that this highly dramatic work was a purely musical drama, Mstislav Rostropovich, its dedicatee, considered the music to be a mirror of his own battles with the authorities in the Soviet Union in the late 1960s and ’70s.

In Grave, for solo cello and strings, for the first time in his life (not counting folk-inspired pieces), Lutoslawski based a work on the music of another composer: the first four notes of Debussy’s Pelléas et Mélisande. He takes Debussy’s motif and transforms it from intense musings into a free-flowing succession of robust and vigorous shapes.