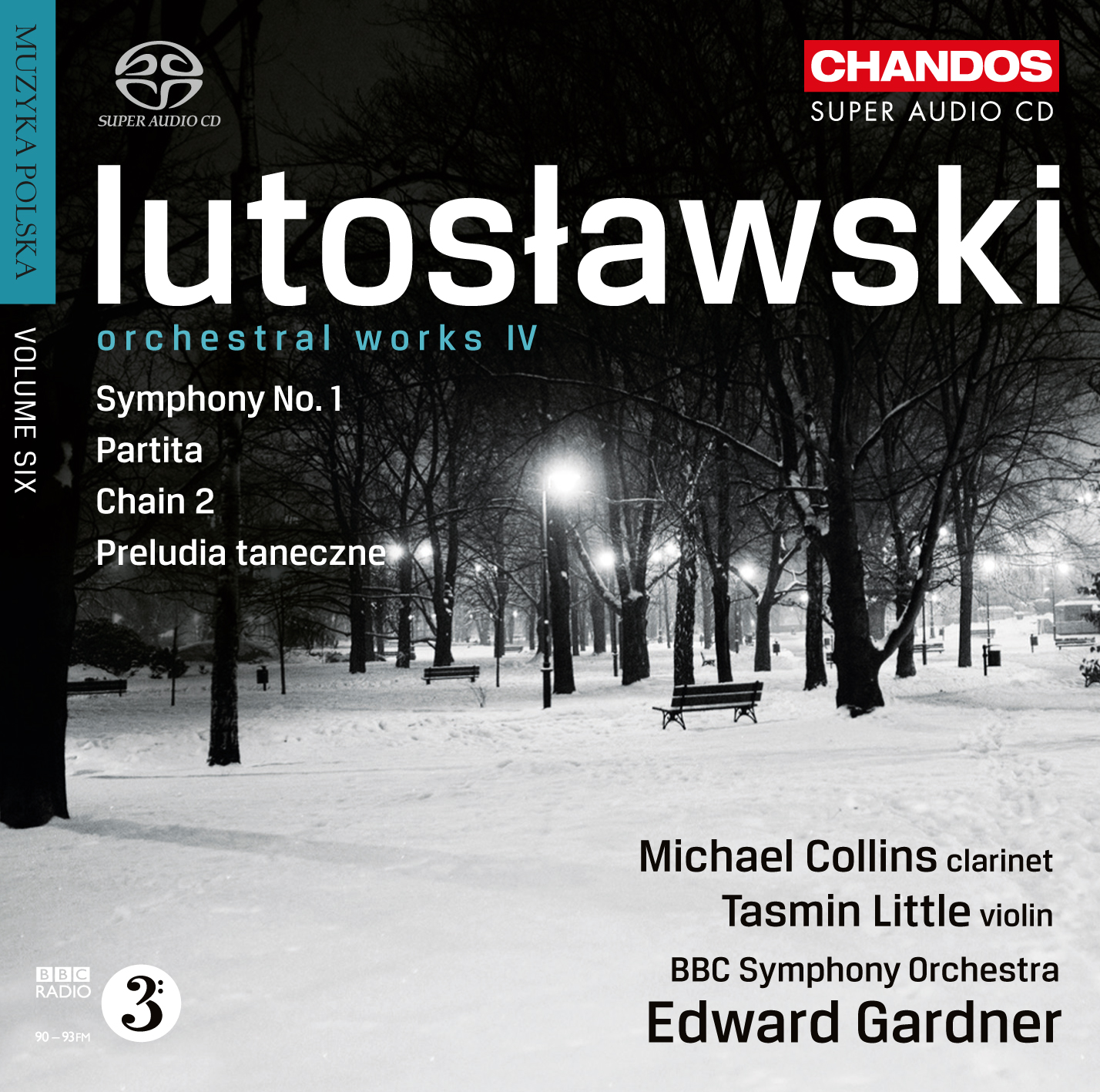 This is the fifth and now final volume in our survey of orchestral works by the Polish composer Witold Lutoslawski. Gramophone wrote of a previous volume in the series (CHAN 5106) that it ‘offers a broad view of Lutoslawski’s creative profile, which the BBC Symphony Orchestra under Edward Gardner fleshes out with playing that is as polished as it is animated, and alert to the individuality of Lutoslawski’s musical vocabulary and mode of expression’.

Lutoslawski wrote his Symphony No. 1 between 1941 and 1947, but interestingly it does not display any obvious signs of his trying to come to terms with the ordeal that befell his people. Quite the opposite, in fact. Lutoslawski  himself described the symphony as bright and cheerful, ‘because that was the idea of the composition, which was conceived in the period of independence before the war, but brought into being during the terrible wartime and in far from idyllic post-war years’. At the time, one Polish colleague went so far as to call it ‘fauvist’, so wild and vibrant did it appear to the audiences at its first performance in April 1948.

Lutoslawski was a meticulous collector of folk materials in the first half of the 1950s, but for him, Dance Preludes was a ‘farewell to folklore’, even though he privately still explored folk tunes for several more years. Here the orchestra and conductor are joined by the clarinettist Michael Collins, an exclusive Chandos artist.

As his career developed in the more open environment that emerged after the ‘socialist-realist’ period, Lutoslawski began to receive international recognition, and with the Partita (1984, orchestrated 1988), for violin and orchestra, he presented a newly relaxed, more melodic compositional style to the public. The soloist is the exclusive Chandos artist Tasmin Little.

Chain 2 (1984 – 85) was premiered by Anne-Sophie Mutter on 31 January 1986 with Collegium Musicum, conducted by Paul Sacher to whom it was dedicated. On this recording Tasmin Little leads the orchestra through a succession of ideas, much as the soloist had done in the ‘Episodes’ movement of the Cello Concerto (recorded on CHAN 5106 with Paul Watkins).