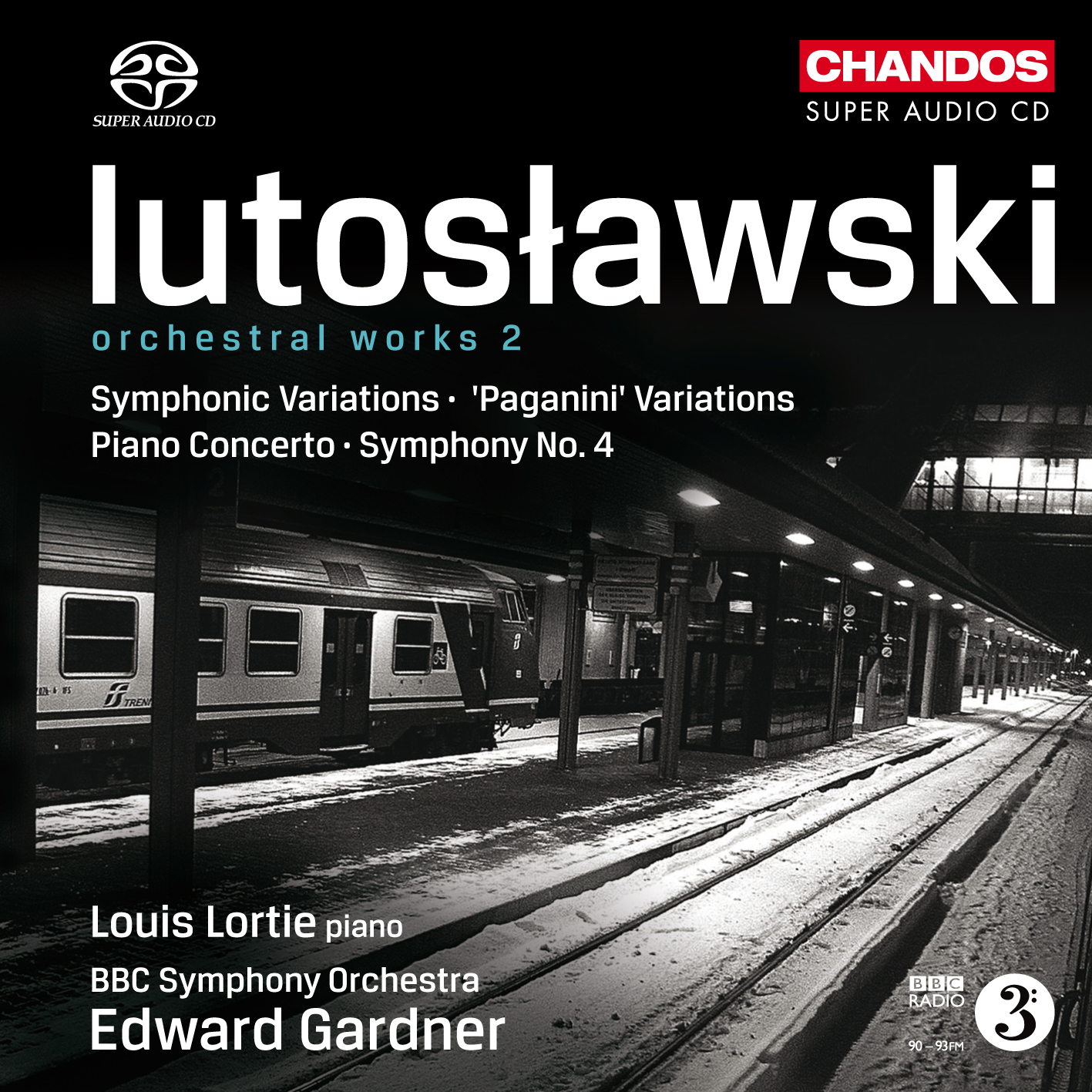 This is the third volume in the Chandos series devoted to the music of the Polish composer Witold Lutoslawski. It brings together his first surviving orchestral piece (The Symphonic Variations) and his last symphony, as well as two works for piano and orchestra – an early work originally written for two pianos (The ‘Paganini’ Variations), and his very last concerto. The works are performed by the BBC Symphony Orchestra under Edward Gardner, described by Gramophone as a veritable ‘Dream Team’ in Vol. 1. They are joined in this recording by Louis Lortie, the award-winning pianist and exclusive Chandos artist.

Lutoslawski composed his Symphonic Variations while he was studying with Witold Maliszewski at the Warsaw Conservatory. When he showed the work to his teacher, he was told in no uncertain terms: ‘For me your work is ugly.’ A rather disheartening response to be sure, but perhaps also proof that here was a work that was well ahead of its time. Today it fits in easily with the European tradition of variation form, and is considered a prime example of the lush, but edgy harmonies of the composer, and of his vivid ear for instrumental colour and virtuosity.

Less than three years later, Poland was invaded by Germany, and normal music life disappeared. In its place, musical cafés emerged as places where light music as well as mainstream repertoire was performed. Lutoslawski made his living in these cafés by playing a repertoire of light music, arranged by himself and his piano-duet partner, Andrzej Panufnik. All but one of these works were destroyed during the Warsaw Uprising in 1944. The sole survivor was the Variations on a Theme of Paganini. The version recorded here is Lutoslawski’s orchestration for piano and orchestra, of the original version for two pianos.

Also on this album is the Piano Concerto, the last of Lutoslawski’s concertante works, as well as Symphony No. 4, which Lutoslawski composed over four years (1988 – 92), conducting its premiere in Los Angeles, with the Los Angeles Philharmonic, in 1993, just a year before his death.

The Polish series is supported by the Adam Mickiewicz Institute.