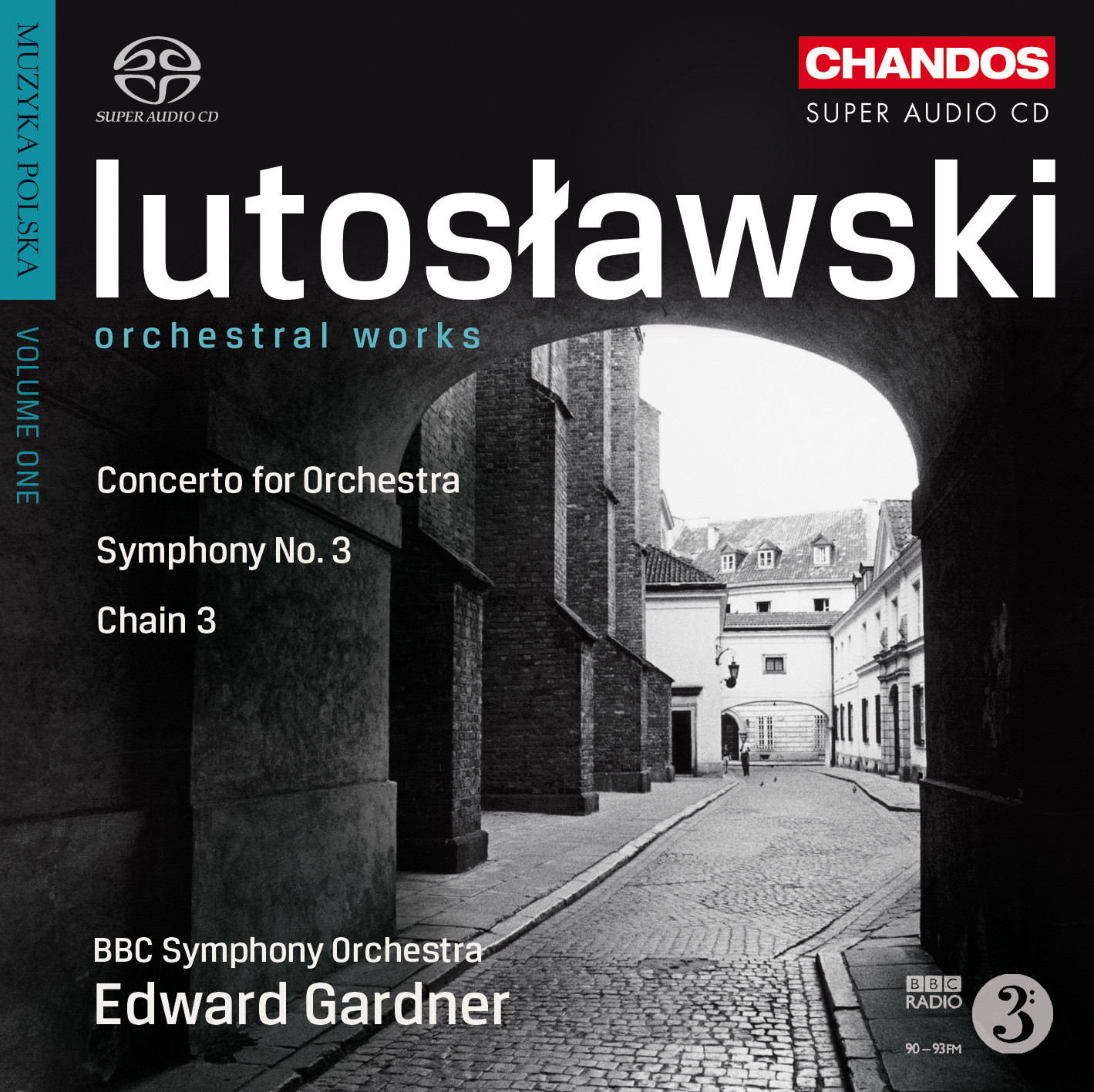 Edward Gardner, the music director of English National Opera and an exclusive Chandos artist, has completed the first disc in a projected Chandos series devoted to Polish music. Also his first purely orchestral CD for Chandos, the disc presents music by one of Poland’s most important twentieth-century composers, Witold Lutoslàwski, including perhaps his most famous work, the Concerto for Orchestra (1950 – 54), a brilliant and highly attractive work.

Also included is the Third Symphony (1981 – 83) which was given its world premiere by the Chicago Symphony Orchestra, conducted by Sir Georg Solti, on 29 September 1983. Many passages employ the by then well-developed technique which the composer called ‘limited aleatorism’, according to which each individual orchestral musician is asked to play a phrase or repeated fragment in his own time – rhythmically independent of the other musicians. During these passages very little synchronisation is specified: events that are coordinated include the simultaneous entrances of groups of instruments, the abrupt end of some episodes, and some transitions to new sections. By this method the composer retains
control of the work’s architecture and of the realisation of the performance, while simultaneously facilitating complex and unpredictable polyphony.

In later years Lutoslawski developed musical forms that combine unrelated strands of music, whose short, discrete sections overlap one another like the links of a chain. Elements of this method can be found in many of his earlier works, but the first to emphasise it was Chain 1 of 1983 for fourteen instruments, written for the London Sinfonietta. Chain 2, subtitled ‘Dialogue for Violin and Orchestra’, followed in 1985. The last work to adopt this approach was Chain 3 (1986) for large orchestra. Broadly speaking, the composition’s ten minute span falls into three sections, of which the first provides a particularly clear, readily audible example of the chain technique. After a quick opening flourish, Lutoslawski presents a sequence of twelve overlapping ideas, each characterized by a particular mode of expression, and each vividly coloured by a few instruments playing as a unit. For example, chimes, violas, and flutes together form the first ‘link’; this is overlapped by a quartet of double-basses; these in turn overlap a xylophone and three violins, and so on. The last of the twelve links in this musical chain thicken into a kind of general babble among the winds, which marks the first stage in the work’s larger form. Chain 3 was written for the San Francisco Symphony which gave the first performance, conducted by the composer, on 10 December 1986 in Davies Symphony Hall in San Francisco.