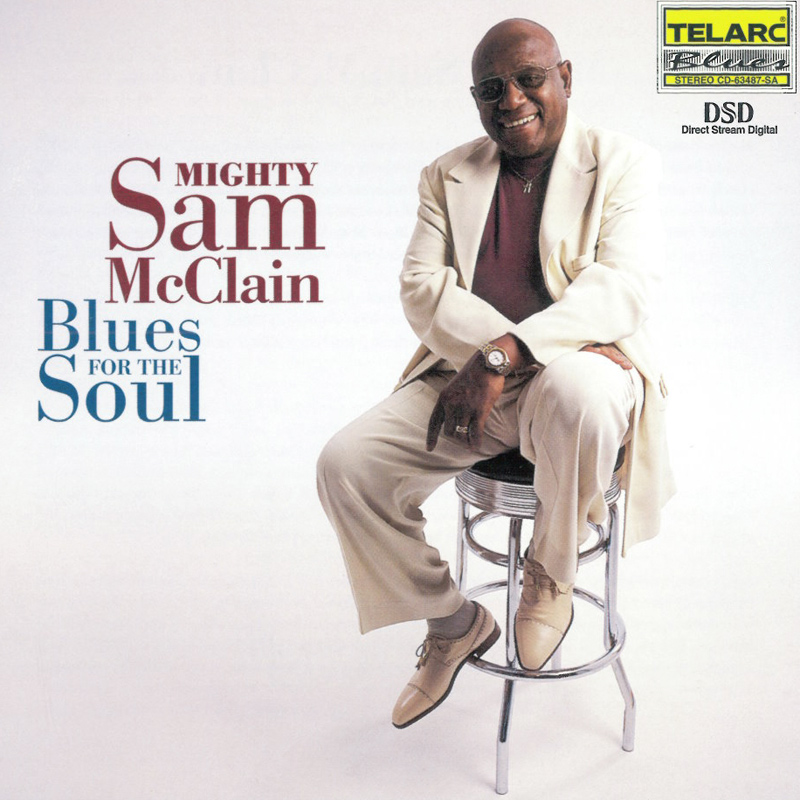 All those young up-and-comers who think they know how to sing R&B and soul should really get themselves a dose of Mighty Sam McClain. The man waited years to record any albums (though there were a few singles in the 1960s), but it’s been worth the wait. Blues for the Soul is McClain’s first for Telarc Records, and it’s a near-perfect debut. The slower, lazier songs are ideal for the heat of summer, but one could just as easily imagine listening to McClain in a dark, smoky nightclub in November. His voice is strong, but so smooth that at first you don’t notice, and his backing band knows exactly how to support him; they’re tight and on the money, but never overwhelming. McClain’s perspective is quirky, yet mature, as exemplified by “Jesus Got the Blues” and “Sweet Lady” (in the latter, he sings the praises of smart women–recognizing that beauty’s a transient thing, but brains last a lifetime). While there’s no doubt he’s passionate about his music, McClain’s solid record is all the more appealing for its unassuming presentation.