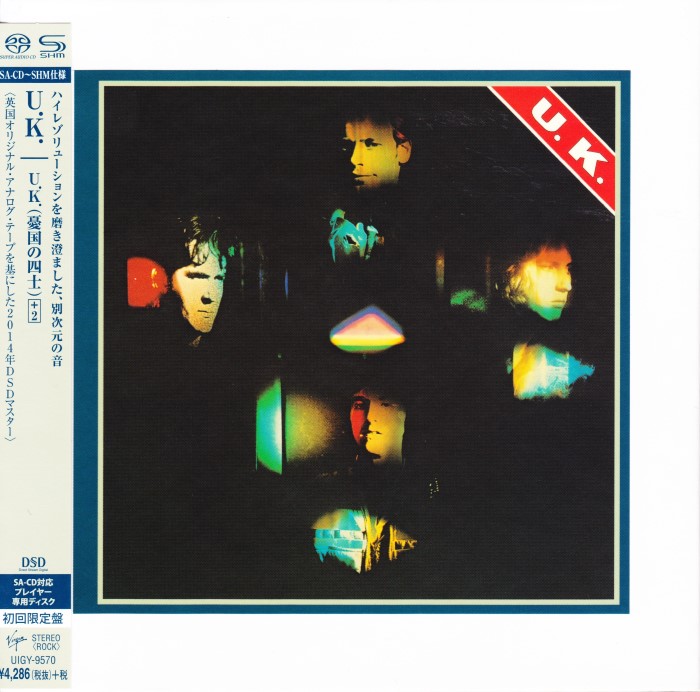 The debut album from amalgamated progsters John Wetton, Bill Bruford, Eddie Jobson, and Allan Holdsworth has the edge over both Danger Money and Night After Night because of the synthesis of melody and rhythm that is inflicted through nearly every one of the eight tracks. While not as commercial sounding as Wetton’s 1980s supergroup Asia, U.K. mustered up a progressive air by the use of intelligent keyboard and percussion interplay without sounding mainstream. Jobson’s work with the electric violin and assorted synthesizers adds to an already profound astuteness carried by Wetton. Former Yes and Genesis drummer Bill Bruford is just as important behind the kit, making his presence felt on numbers like “Thirty Years” and “Nevermore.” Without carrying the same rhythms or cadences through each song, U.K. implements some differentiation into their music, straying from the sometimes over-the-top musicianship that occurs with the gathering of such an elite bunch. The melodious finish of such tracks as “By the Light of Day” and “Alaska” showcases the overall fluency of each member, and shows no signs of any progressive tediousness that could have easily evolved. All three of U.K.’s albums are enjoyable, but the debut sports the most interest, since it spotlights their remarkable fit as a band for the first time.