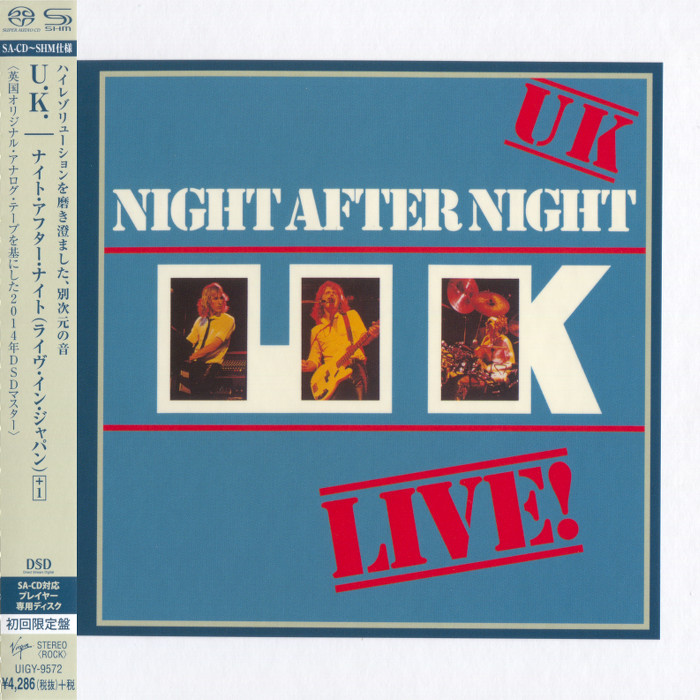 The third and final record by the progressive rock trio U.K. was recorded during a 1979 concert in Japan, although it was not released until after the group disbanded; by this time the group featured bassist and lead vocalist John Wetton with ex-Zappa sidemen Eddie Jobson (keyboards and electric violin) and drummer Terry Bozzio. “Night After Night” serves a driving opener, followed by “Rendezvous 6:02,” primarily a feature for Jobson’s keyboard wizardry. The instrumental “Alaska” is a bit bombastic on the scale of Emerson, Lake & Palmer, though the hard-rocking “In the Dead of Night” makes up for it. Jobson switches to violin for the high-energy closer, “Caesar’s Palace Blues” (which is not actually a blues). This is easily the best of U.K.’s rather small discography.