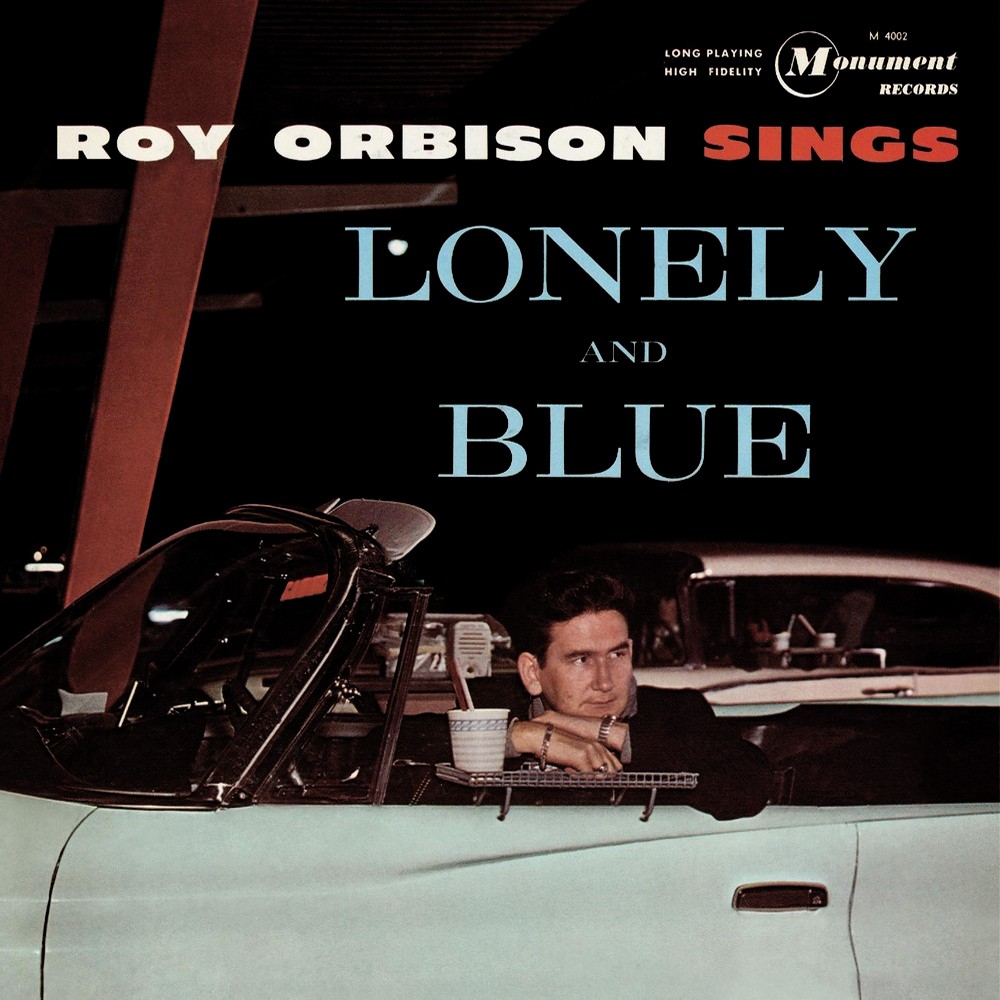 Lonely And Blue is Roy Orbison’s first album, released in 1961. The album was not only a breakthrough for Orbison as his debut LP, but also for rock ‘n’ roll. Up to that point, apart from Elvis Presley — who was in a class by himself — few white rock ‘n’ rollers had even tried to make as bold a use of the LP as what we hear on this record.

Time and familiarity – through multiple reissues – may have muted the seeming significance of some of what’s here, but in 1961 Sings Lonely and Blue was not only a breakthrough for Roy Orbison as his debut LP, but also for rock & roll. Up to that point, apart from Elvis Presley – who was in a class by himself – few white rock & rollers had even tried to make as bold a use of the LP as what we hear on this record. Orbison, his collaborator Joe Melson, and producer Fred Foster turned the singer’s debut long-player into a huge canvas for a sound that combined rock & roll’s beat, Nashville’s countrypolitan sound, and the singer’s unique multi-octave range and operatic intensity into something unique in music. The single “Only the Lonely” may have been the most accessible and commercial side of this new sound, but the whole album was packed with great moments and different permutations of that sound: the powerful lead vocal and the Boots Randolph sax break on “I’ll Say It’s My Fault”; the haunting Orbison-Melson “Come Back to Me (My Love),” which was like a mini-movie script, a vest-pocket romantic melodrama sung with operatic depth and played to a light rock & roll beat; Don Gibson’s “I’d Be a Legend in My Time,” and “I Can’t Stop Loving You,” both filled with larger-than-life musical attributes and emotions behind Orbison’s extraordinary singing, Orbison treating the former almost like a Verdi aria while a sax solo, the Anita Kerr Singers, and a dense string section hold it in the realm of pop music; and “Bye Bye Love” given the new Orbison treatment and sounding like a country-pop symphony. The material was uniformly strong and consistent, probably due, in part, to the fact that Fred Foster was able to draw from nearly a year’s worth of recording activity to assemble the contents of the album, and he also took advantage of the album’s stereo release to devise a crisp, discreet, two-channel mix that brought out all of the details of this sound in notably sharp relief, creating one of the earliest stereo rock & roll albums that was actually superior to its mono equivalent. Indeed, Sings Lonely and Blue was among the first rock & roll LPs to attract the interest of serious audiophile enthusiasts.