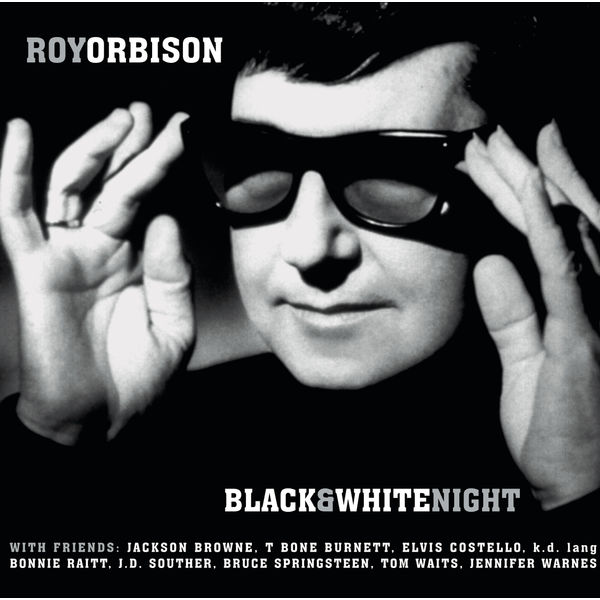 Black & White Night, the live album, was compiled and released posthumously from the television special. The album was released in February 1989 and included the songs “Blue Bayou” and “Claudette” that were cut from the original broadcast for time. However it did not include the song “Blue Angel” which was cut from the original broadcast for the same reason.

The best-recorded Roy Orbison live disc ever issued, taken from the soundtrack of the HBO concert from the 1980s with VIP guests like Bruce Springsteen and Elvis Costello. This was a sort of magical video, and the performances are splendid, along with the good feelings involved. On the other hand, the performances are extremely reverential to the established studio versions of the songs (all of the hits are here), and intended to mimic them, so this isn’t quite the same as a live album as it would have been done back when. The pity is that neither Monument nor MGM ever taped any complete concerts by Orbison from the 1960s, and all that remains are TV appearances from Europe.