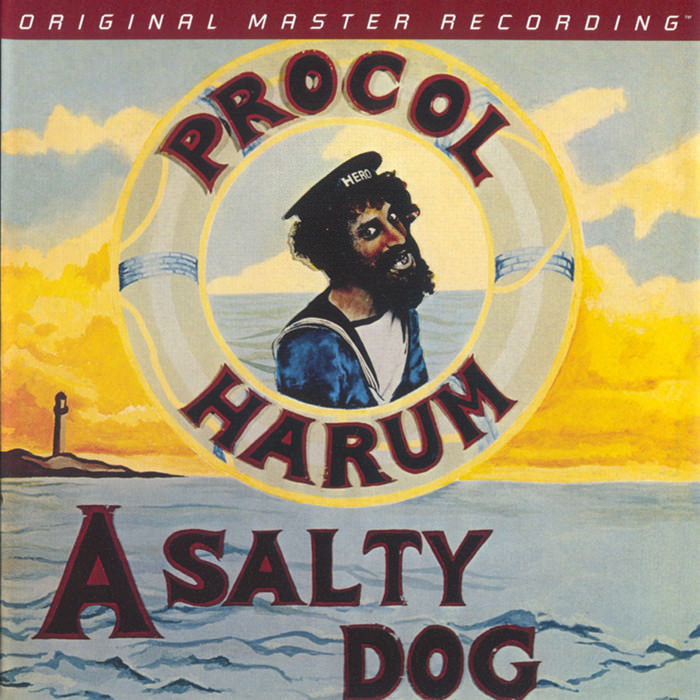 A Salty Dog is the third studio album by English progressive rock band Procol Harum, released in 1969. The album has an ostensibly nautical theme, as indicated by its cover (a pastiche of the famous Player’s Navy Cut cigarette pack). Interspersed with straight rock, blues and pop items, A Salty Dog showed a slight change of direction from its predecessors, being thematically less obscure. The title track itself was the first Procol track to use an orchestra.

This album, the group’s third, was where they showed just how far their talents extended across the musical landscape, from blues to R&B to classical rock. In contrast to their hastily recorded debut, or its successor, done to stretch their performance and composition range, A Salty Dog was recorded in a reasonable amount of time, giving the band a chance to fully develop their ideas. The title track is one of the finest songs ever to come from Procol Harum and one of the best pieces of progressive rock ever heard, and a very succinct example at that at under five minutes running time – the lyric and the music combine to form a perfect mood piece, and the performance is bold and subtle at once, in the playing and the singing, respectively. The range of sounds on the rest includes “Juicy John Pink,” a superb piece of pre-World War II-style country blues, while “Crucifiction Lane” is a killer Otis Redding-style soul piece, and “Pilgrim’s Progress” is a virtuoso keyboard workout.