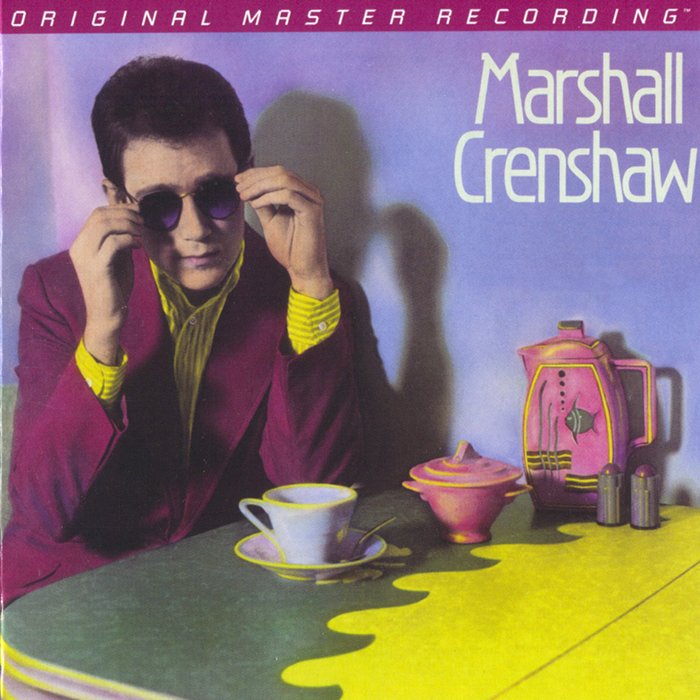 Marshall Howard Crenshaw is an American singer, songwriter and guitarist best known for his song “Someday, Someway”, a top-40 hit in 1982.

The pop-minded singer/songwriter Marshall Crenshaw built up an impressive body of work over the course of his career, showing a fine craft for everything he approached while stubbornly following his own creative muse to reach that end. To call Crenshaw’s career “interesting” would be putting things mildly. He starred in several movies and portrayed John Lennon in the road-show version of Beatlemania. His songs were featured on several film soundtracks and covered by such diverse artists as Robert Gordon, Bette Midler, Kelly Willis, Marti Jones, and the Gin Blossoms. He assembled a bunch of like-minded show business acquaintances and issued a book about rock & roll movies entitled Hollywood Rock & Roll. He assembled compilations for record companies (most notably Hillbilly Music…Thank God! for the short-lived Bug Music label) and contributed chapters to books on vintage guitar collecting. In short, Crenshaw is a true rock & roll renaissance man, and his own music remains as commendable as his alternate projects.

In retrospect, 1982 was a brief, exhilarating moment in between the fall of disco and the rise of MTV, when the eternal verities of real rock & roll broke through once again. The punk and new wave music of the late ’70s had given way to power-pop, a return to catchy, relatively unadorned guitar rock. In that context, it was easy to see Marshall Crenshaw and his self-titled debut album as the Next Big Thing. Hailing from music-rich Detroit but based in new wave mecca New York City, Crenshaw looked like Buddy Holly by way of Elvis Costello, and sounded like that combination too. His short, simple songs had an obvious lineage, but Crenshaw further updated the sound and added a lightly sardonic tone à la Costello, giving it a smart-alecky New York edge. Not only did critics love the result, but the immediate surface charms of the music seemed to bode for a quick trip to the top. But although “Someday, Someway” reached the Top 40 and the LP got halfway up the Top 100, that did not happen. Maybe because Crenshaw was perhaps a little too faithful to his old records. Any record collector had to love a guy who knew enough to cover Arthur Alexander’s “Soldier of Love.” Yet Holly and Costello got away with their essentially nerdy appearance by working against it, always seeming about to break out of the image; Crenshaw, from the art deco cover of his album to his perfectly echoed vocals, seemed to fetishize the look and sound, more a formalist than a stylist. Or maybe it was just that by the end of 1982, Michael Jackson had released Thriller and Duran Duran was cavorting on MTV. In any case, Marshall Crenshaw remains a great album.