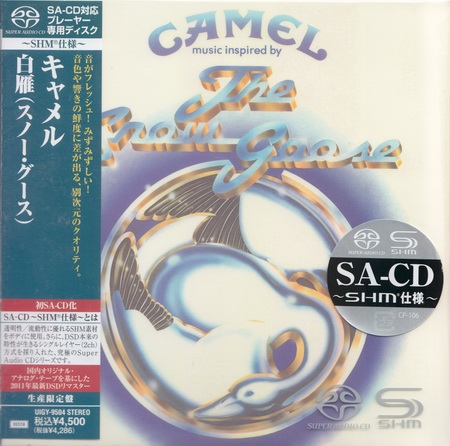 Camel’s classic period started with The Snow Goose, an instrumental concept album based on a novella by Paul Gallico. Although there are no lyrics on the album — two songs feature wordless vocals — the music follows the emotional arc of the novella’s story, which is about a lonely man named Rhayader who helps nurse a wounded snow goose back to health with the help of a young girl called Fritha he recently befriended. Once the goose is healed, it is set free, but Fritha no longer visits the man because the goose is gone. Later, Rhayader is killed in battle during the evacuation of Dunkirk. The goose returned during the battle, and it is then named La Princesse Perdue, symbolizing the hopes that can still survive even during the evils of war. With such a complex fable to tell, it is no surprise that Camel keep their improvisational tendencies reigned in, deciding to concentrate on surging, intricate soundscapes that telegraph the emotion of the piece without a single word. And even though The Snow Goose is an instrumental album, it is far more accessible than some of Camel’s later work, since it relies on beautiful sonic textures instead of musical experimentation.