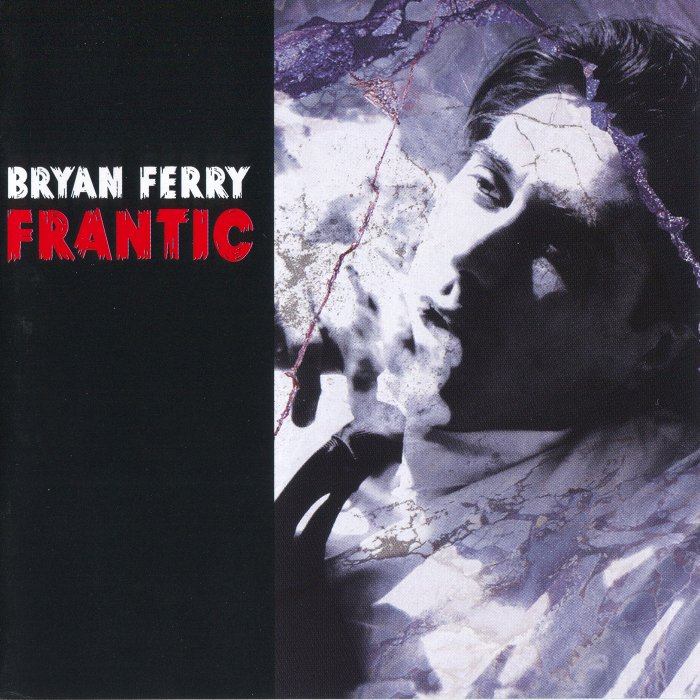 Frantic manages to touch upon virtually every musical style of Bryan Ferry’s career. Ferry has proved to be as interested in covering other artists’ material as penning original songs, and he straddles a smart mix of originals and covers here. Two brilliant Bob Dylan songs appear among the opening tracks: “It’s All Over Now Baby Blue” sees a return to the eclectic, energetic experimentation of Ferry’s early albums with Roxy Music as a lush modern swirl of instruments mingles with the singer’s stylized vocals and throwback harmonica; “Don’t Think Twice It’s Alright” completes the Dylan pair, as Ferry intones with confidence and again takes up harmonica over Colin Good’s rolling piano. The reverent Leadbelly cover “Goodnight Irene” reimagines Ferry as a kind of blues troubadour. “One Way Love” sees the Drifters’ song reworked as a squall of distorted guitars and keyboards. Almost half of Frantic’s songs originated from late-’90s sessions with Eurythmics’ Dave Stewart, and Stewart is given a co-writer credit for these songs. Though the Stewart songs tend to favor edginess over songwriting, a few of them manage to break through the bombast. “Goddess of Love” is probably the best song about Marilyn Monroe since Kitchens of Distinction’s “When in Heaven,” and there’s a passing musical resemblance to that great song. “Hiroshima” works like an ominous take on Roxy Music’s synth-heavy Avalon period, with raging guitar dynamics contributed by Radiohead’s Jonny Greenwood. Roxy Music fans will find more reasons to rejoice with the superb album closer, “I Thought,” which was co-written with Brian Eno, who sings backing vocals and plays keyboards. Some listeners might suggest that an album this varied has an identity crisis, but with standout tracks as glorious as the Dylan covers and the Eno closer, Frantic is a fascinating addition to Bryan Ferry’s accomplished discography.