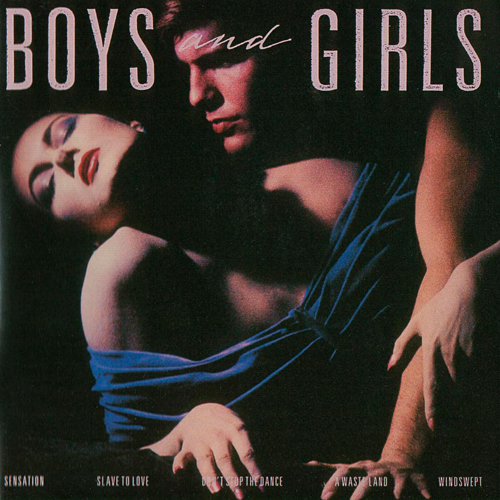 Having at last laid Roxy to bed with its final, intoxicatingly elegant albums, Ferry continued its end-days spirit with his own return to solo work. Dedicated to Ferry’s father, Boys and Girls is deservedly most famous for its smash single “Slave to Love.” With a gentle samba-derived rhythm leading into the steadier rock pace of the song, it’s ’80s Ferry at his finest, easy listening without being hopelessly soporific. As a whole, Boys and Girls fully established the clean, cool vision of Ferry on his own to the general public. Instead of ragged rock explosions, emotional extremes, and all that made his ’70s work so compelling in and out of Roxy, Ferry here is the suave, debonair if secretly moody and melancholic lover, with music to match. Co-producer Rhett Davies, continuing his role from the latter Roxy albums, picks up where Avalon left off right from the slinky opening grooves of “Sensation.” The range of people on the album is an intriguing mix, from latterday Roxy members like Andy Newmark and Alan Spenner to avid Roxy disciples like Chic’s Nile Rodgers. Everyone is subordinated to Ferry’s overall vision, and as a result there’s not as much full variety on Boys and Girls as might be thought or hoped. The album’s biggest flaw is indeed that it’s almost too smooth, with not even the hint of threat or edge that Ferry once readily made his own. As something that’s a high cut above the usual mid-’80s yuppie smarm music, though, Boys and Girls remains an enjoyable keeper that has aged well.