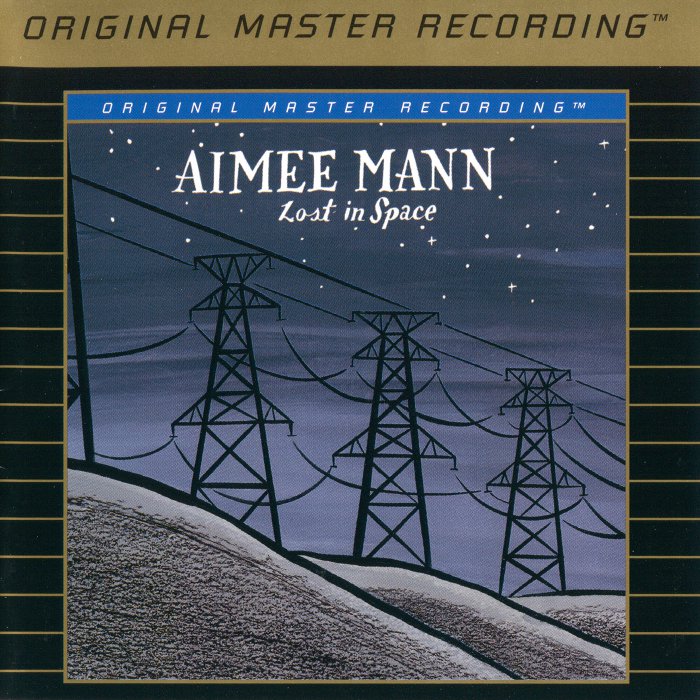 It is, in a sense, a trick of the times that Lost in Space conveys such a vivid visual quality; thanks to the high profile given to her music on the Magnolia soundtrack, it’s now impossible to miss the narrative strength of Mann’s writing. The mood throughout this album is autumnal, with filmy keyboard beds and expressive shifts between major and minor enhancing the subdued eloquence of her lyrics. (A major chord at the end of “Guys Like Me offers an ironic twist on the smug portraiture that precedes it.) Though recorded free of the legal snarls that plagued most of her previous albums, Lost in Space seems to be mainly about alienation and, at least as a metaphor, addiction. The latter point is made clear in “This Is How It Goes,” with its assertions that “it’s all about drugs, it’s all about shame.” But it’s clear as well when Mann offers to “be your heroine” — or is it heroin? — amidst slithering slide guitars and rainy gray textures on “High on Sunday 51,” or confesses to seeking salvation where “It’s Not.” Recorded largely in Ryan Freeland’s home studio, some of these songs receive discreet electronic treatments — moments of abstract noise whose application always enhances the otherwise low-tech arrangements. For all the shadows that stretch across Lost in Space, what lingers in the wake of this music is the realization that Mann remains spectacularly underrated among contemporary songwriters; no one surpasses her as a master of poetic regret, and few albums examine the peculiar beauty of depression with the skill she brings to Lost in Space.