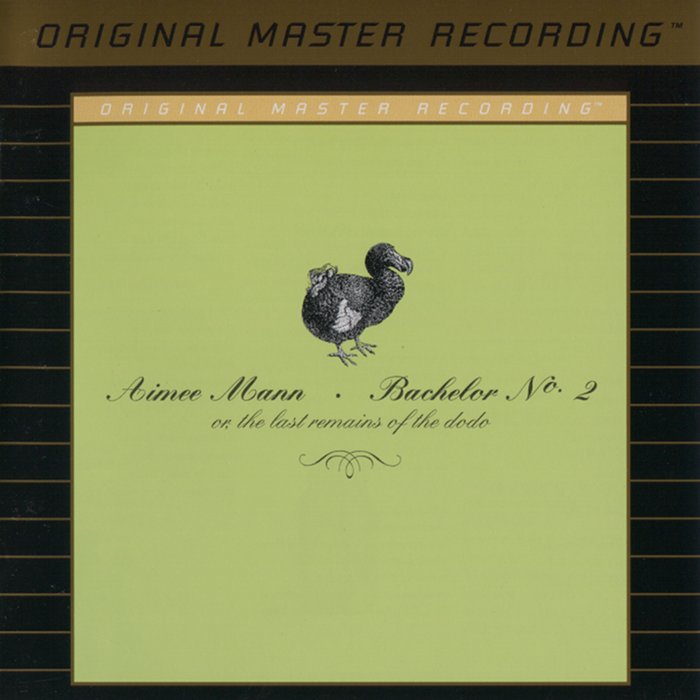 It’s no shock that Aimee Mann’s Bachelor No. 2, or the last remains of the dodo sounds identical to her songs for Paul Thomas Anderson’s Magnolia, since it was written and recorded at roughly the same time (the two records share four songs). Yet Bachelor No. 2 is hardly a retread, having its own identity and flow; it’s more intimate, a little more fragile, a little more craftmanslike — more like an Aimee Mann record, really. That, of course, is not a bad thing, especially since Mann has never sounded as assured as she does here, nor has she ever had a better set of songs. Surprisingly, this cohesive album was produced by a handful of different producers and Mann collaborated with three songwriters (Jon Brion being the most noteworthy of both categories). It sounds like the work of one writer and one production team, which is testament to the fact that Mann has finally found the ideal sound to match her literate, mildly self-deprecating, clever, melancholy, melodic style. Bachelor No. 2 is crisp, clear, and direct, but deceptive. It’s hardly a guitar-and-voice record, there are layers of details in the arrangements, particularly in how the various guitars and keyboards weave seamlessly together. There has never been a better sound for her songs, and she’s never been more consistently compelling as a writer either. To call Bachelor No. 2 a masterpiece may be overstating the matter somewhat, since an album this unassuming (but not unconfident) is too intimate to be labeled as such, yet it isn’t hyperbole to call it the finest record Mann has made to date.