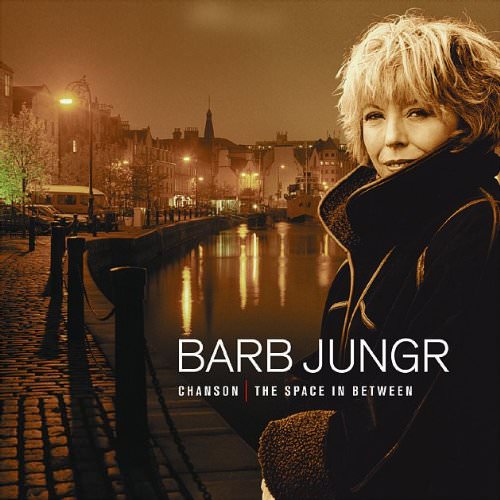 Barb Jungr’s original take on the songs of Jacques Brel marked her Linn debut. Barb Jungr opted to use specially commissioned translations by Des de Moor and Robb Johnson for her English language renditions; the songs losing nothing in their careful translation whilst allowing Barb to fully explore and explain the emotions within the songs. Chanson: The Space In Between saw Barb turn back to her European roots which had previously been overshadowed in performance by American genres such as blues, gospel and jazz.

Timeless as it is, you could have asked, justly, whether or not the new millennium really needed yet another interpretation of the Jacques Brel songbook, so often had it been attempted, both successfully and miserably, in the preceding century. Barb Jungr definitively answered that question on Chanson: The Space in Between, and she answered resoundingly in the affirmative – it is an exhilarating purr of an effort. But then, Jungr, a longstanding anchor of the British alternative cabaret circuit, had already been compared to both Lotte Lenya and Edith Piaf prior to recording this first full-fledged effort in the genre (she had previously performed some of the music live and Bare did include a Brel song amongst its set list), so its accomplishment is no surprise. The album, too, goes well beyond Brel, featuring as it does a repertoire that includes songs by Cole Porter, Jacques Prévert, Léo Ferré, and E.Y. “Yip” Harburg from the old tradition, as well as a tune from the pen of Elvis Costello and a modern chanson from compatriot Robb Johnson. There are several reasons why Chanson is such a splendid realization of Jungr’s vision. For one, the singer specially commissioned translations of the Brel and Ferré pieces from Johnson and fellow cabaret haunter Des de Moor, and they represent the most accurate renderings of these songs into English. Secondly, producer Calum Malcolm, utilizing an extremely sympathetic band, creates rich, poignant backdrops for the songs. You can hear the mythic Paris of yore wafting throughout, particularly in “Sunday Morning St. Denis” and “Cri du Coeur,” while there is an equally strong strain of straight-ahead jazz (“Quartier Latin,” “The Space in Between”). Most important, though, are the ravishing readings given by Jungr. Her performance ranges from the almost desperate and passion-haunted, both in life and love (“La Chanson des Vieux Amants”), to the positively triumphant (“Marieke”) with equal skill, sounding as gorgeously weathered on “I Love Paris” as she seems delightfully guileless and clear-eyed on “New Amsterdam” (with its flawlessly ringing production). This is cabaret in its highest form.