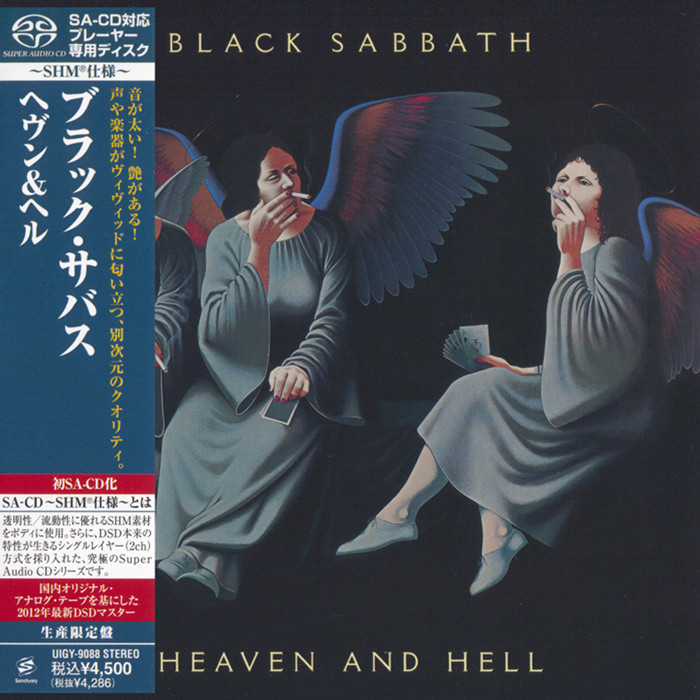 Reissue from Black Sabbath featuring the high-fidelity SHM-SACD format (fully compatible with standard SACD player, but it does not play on standard CD players) using the 2011 DSD master based on Japanese original analog tape. DSD Transferred by Manabu Matsumura.

Many had left Black Sabbath for dead at the dawn of the ’80s, and with good reason — the band’s last few albums were not even close to their early classics, and original singer Ozzy Osbourne had just split from the band. But the Sabs had found a worthy replacement in former Elf and Rainbow singer Ronnie James Dio, and bounced back to issue their finest album since the early ’70s, 1980’s Heaven and Hell. The band sounds reborn and re-energized throughout. Several tracks easily rank among Sabbath’s all-time best, such as the vicious album opener, “Neon Knights,” the moody, mid-paced epic “Children of the Sea,” and the title track, which features one of Tony Iommi ‘s best guitar riffs. With Heaven and Hell, Black Sabbath were obviously back in business. Unfortunately, the Dio-led version of the band would only record one more studio album before splitting up (although Dio would return briefly in the early ’90s). One of Sabbath’s finest records.