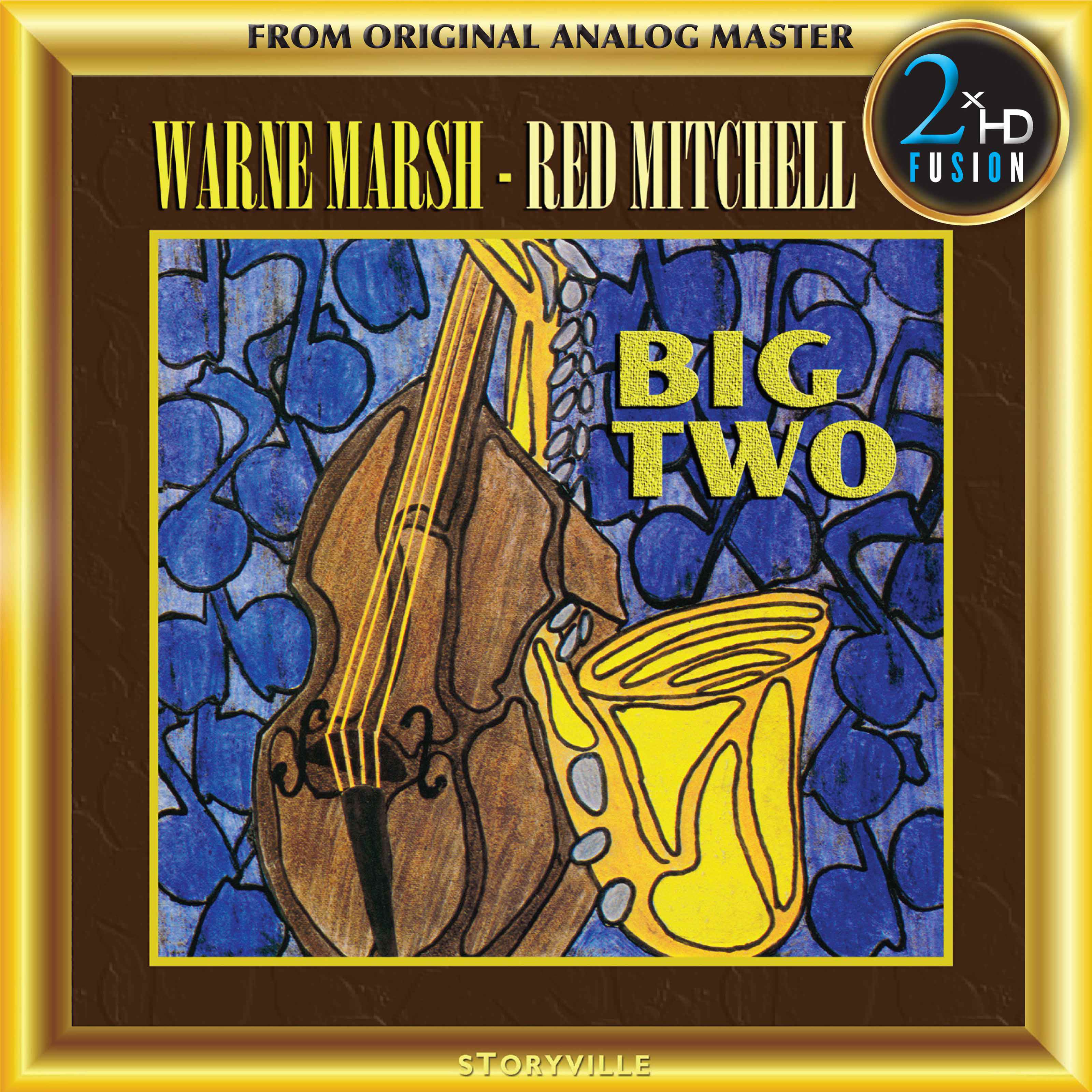 This album, comprised of previously unissued material, stands as a fitting tribute to the integrity and splendid musicianship of tenor saxophonist Warne Marsh and bassist Red Mitchell who were true soul brothers who played together intermittently in the infancy of modern jazz, a friendship that survived nearly 40 years and was broken only by the sudden and tragic death of Warne in December, 1987.

Tenor saxophonist Warne Marsh and bassist Red Mitchell were true soul brothers who played together intermittently during a friendship that survived nearly 40 years and was broken only by the sudden and tragic death of Warne in December, 1987. Now Red has gone too, and their remarkable musical association which flowered late in their lives is no more. But it survives in the memories of all who heard them play together and lives on through the outstanding recordings they made in 1980. The pair waited most of their careers to become a mature duo, sufficient unto themselves and their audiences, really catching fire at an engagement at Stockholm’s Fasching Club in April 1980. This first volume of performances from that gig, which yielded music of high quality, is comprised of pre- viously unissued material. It stands as a fitting memorial to the integrity and splendid musicianship of these markedly individual voices shaped during the infancy of modern jazz.

About 2xHD Fusion process:
In the constant evolution of its proprietary mastering process, 2xHD has progressed to a new phase called 2xHD FUSION, integrating the finest analog, with state-of-the-art digital technology.

The mastering chain consists of a selection of high-end vacuum tube equipment. For the recordings on this album, the original ¼” 15 ips CCIR master tapes were played on a Nagra-T tape recorder, modified with high-end tube playback electronics, wired from the playback head directly to a Telefunken EF806 tube, using OCC silver cable. The Nagra T, with its four direct drive motors, two pinch rollers and a tape tension head, has one of the best transports ever made. A custom-built carbon fiber head block and a head damping electronic system permit 2xHD FUSION to obtain a better resolution and 3D imaging.

The resulting signal is then transformed into high resolution formats by recording it in DSD 11.2 kHz using a Merging Technologies’ Horus A to D converter. All analog and digital cables that are used are state of the art. The 2xHD FUSION mastering system is powered by a super capacitor power supply, using a new technology that lowers the digital noise found in the lowest level of the spectrum. A vacuum tube NAGRA HDdac (DSD) is used as a reference digital playback converter in order to A and B with the original analog master tape, permitting the fusion of the warmth of analog with the refinement of digital.