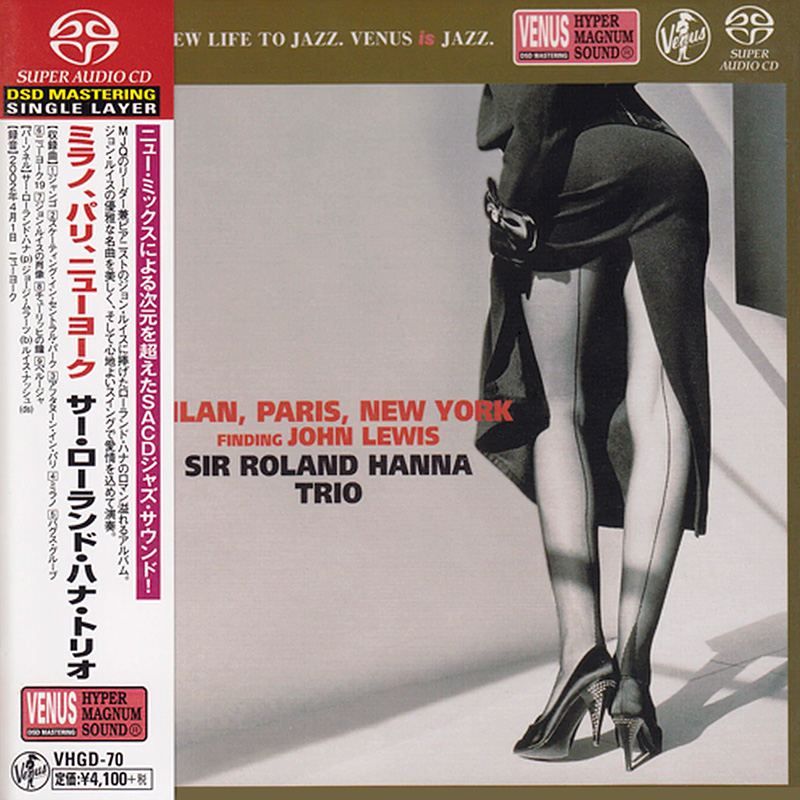 Milano, Paris, New York: Finding John Lewis is a superb piano trio album by Sir Roland Hanna Trio, dedicated to the classic pianist John Lewis. On this release, Hanna is joined by George Mraz on bass and Lewis Nash on drums. The music here is stylish and alluring.

This album represents one venerable pianist paying tribute to another: Sir Roland Hanna and his fine trio playing compositions by, associated with, or written for John Lewis, the musical director of the Modern Jazz Quartet for all of its life. Lewis was admired for his distinctive bop playing and his creative involvement with one of the greatest groups in jazz history, but only one of his originals has become a standard: the immortal “Django,” rendered here in an elegant arrangement that alternates between somber and swinging. “Waltz in Central Park” is charming, with some nice filigree from drummer Lewis Nash; the other Lewis compositions are urbane and pleasant, if not instantly memorable. These top-drawer players do swinging justice to Milt Jackson’s “Bag’s Groove,” probably the most famous and recorded tune to come out of the MJQ, giving it a light, fresh treatment that spotlights Hanna’s sophistication. In fact, the standouts on this CD are actually Hanna’s pieces: the intriguing “Perugia,” with its moody, shifting colors, and “The Clarion Bells of Zurich,” a grand combination of pianistic “bells” and blues that acknowledges Lewis’ explorations in the third stream movement. Overall, a genteel and refined session.