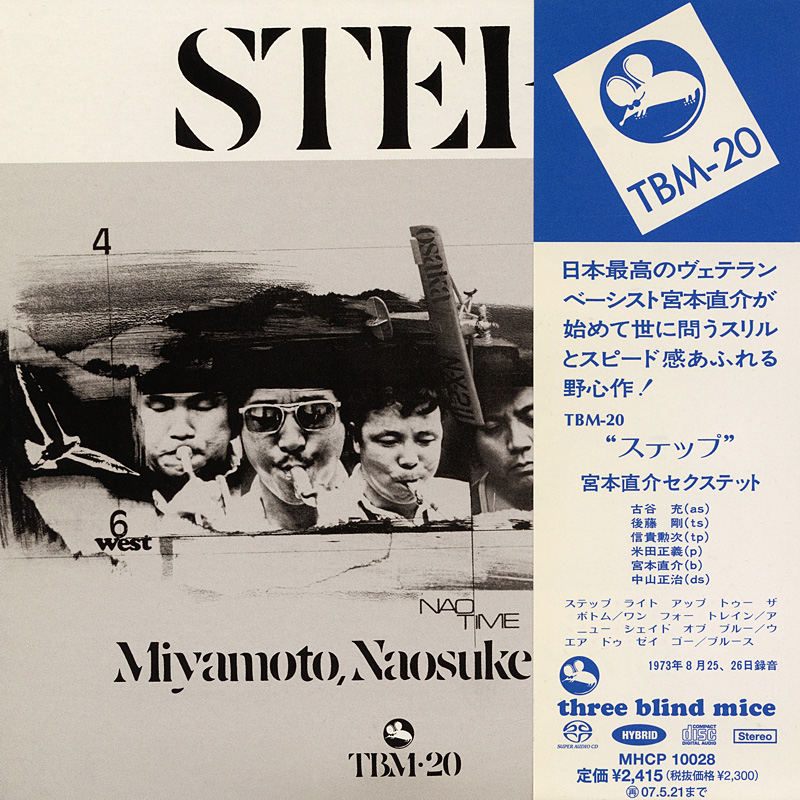 Born in 1936, Naosuke Miyamoto was already a veteran bassist when he made this debut album as a leader. In 1960 he had joined George Kawaguchi’s Big Four Plus One band and played with Sadao Watanabe. For this first album he had waited more than 15 years to make, he assembled established musicians about his age and younger musicians with fresh sensibilities. The fiery playing style of the band reflects their influences from the post-bop movements by progressive artists such as John Coltrane and Wayne Shorter.

The lack of his recording was only due to his decision to leave Tokyo and go back to his home town in Kansai (the Mid-Western part of Japan). Interestingly, they chose two relatively unknown but attractive compositions (“Step Right up to the Bottom” and “A New Shade of Blue” by Harold Land, who was a personal friend of the tenor sax player Takeshi Goto. Original compositions “One for Trane” is by Goto, and “Where Do They Go?” by pianist Masayoshi Yoneda. Miyamoto himself contributed with the original Blues”.