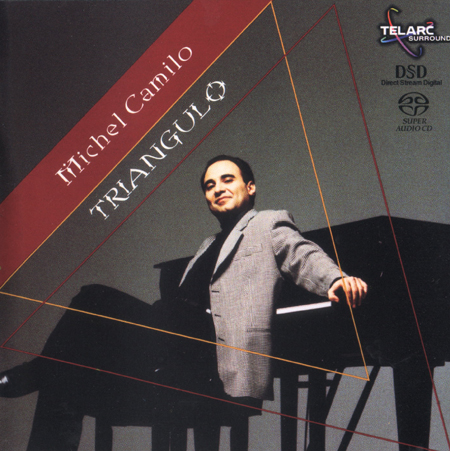 The latest album from Santa Dominican pianist Michel Camilo is somewhat of a departure from his previous release, Spain, which was an exploration of the many facets of Latin jazz performed in partnership with flamenco guitarist Tomatito. While there are still Latin rhythms underlying the performances on this release (such rhythmic qualities are likely part of Camilo’s genetic system), other styles are explored in combination with Caribbean and Latin harmonies. Another change is that for the first time since his 1994 release, One More Once, Camilo has made his own compositions part of the play list, making up six of the ten-tune program. While his playing is fiery and passionate, it is toned down somewhat on some cuts, showing a gentle, melodic side that perhaps may have been under-played on earlier releases. Joined by Anthony Jackson on bass and Horacio “El Negro” Hernandez on drums and other percussive instruments, the music presented on this release is inspiring, but accessible. Fortunately, Camilo leaves complex music to others. His presentations are straightforward so that the listener is kept informed of where he is coming from at any point during any of the compositions. There are friendly cuts that a couple could get up and dance to, such as “Mr. C. I.” Another of his works, “Afterthought,” is a lovely ballad which Camilo tenderly and pensively executes, with just a touch of the brushes by Hernandez to augment this offering. For a generally relaxed “Con Alma,” Camilo shows off dazzling technique and improvisational imagination as he explores the ins and outs of Dizzy Gillespie’s jazz classic, demonstrating that his credentials extend beyond the Latin arena. Triangulo is an ambitious undertaking which has spawned a highly riveting and enjoyable experience for the listener. Recommended.