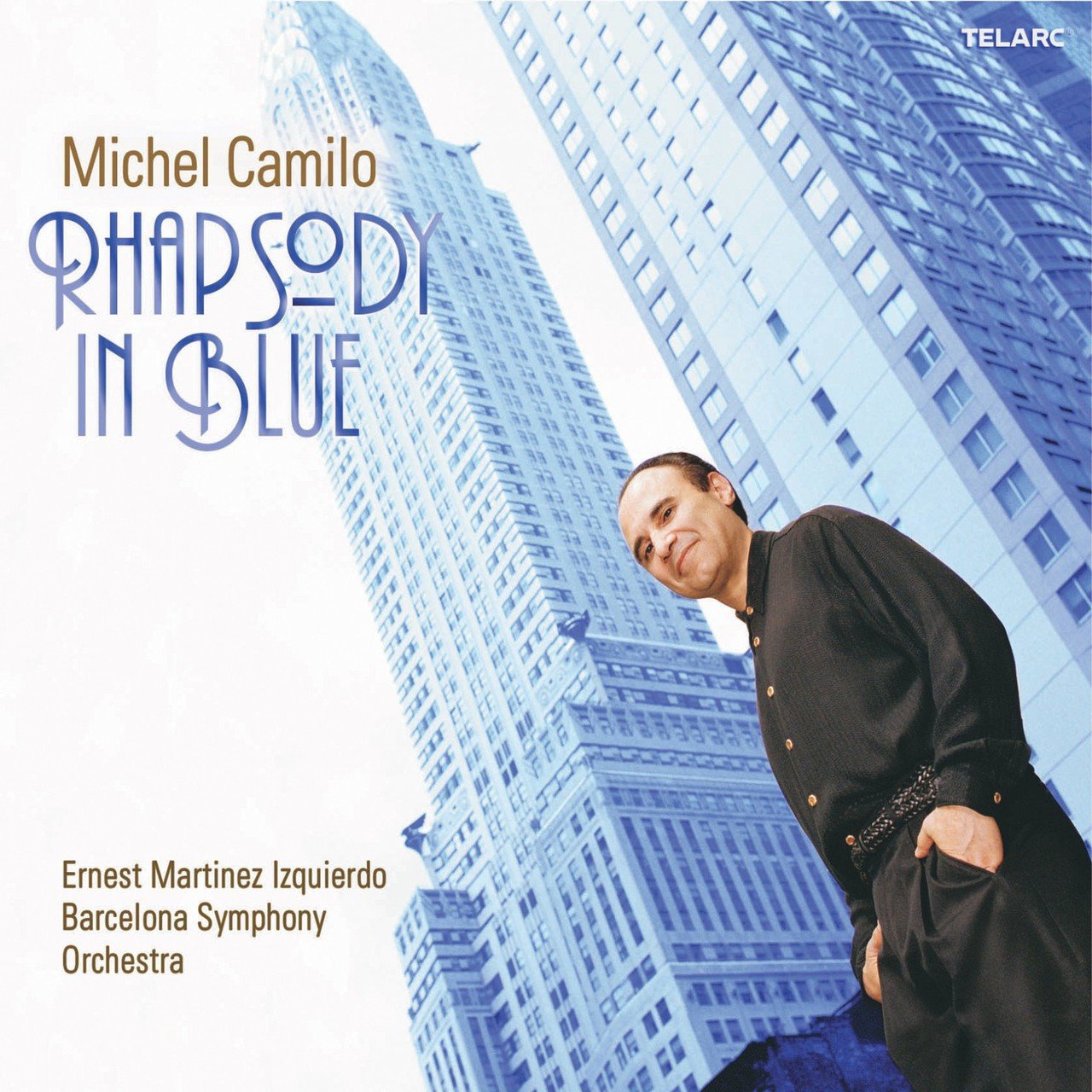 Dominican Jazz pianist Michel Camilo recorded “Rhapsody in Blue” with the 95-piece Barcelona Symphony Orchestra. You might expect his freewheeling, Latin-percussive style to bring a new heat and sparkle to the work. While Camilo, no stranger to classical music, provides an enjoyable ride through George Gershwin’s popular favorite, injecting some subtle swing touches, his treatment is otherwise pretty standard.

Jazz pianist Michel Camilo, working with the Barcelona Symphony Orchestra under Ernest Martinez Izquierdo, attempts here to make something new out of George Gershwin’s heavily recorded Rhapsody in Blue and Concerto in F – broadly speaking, he tries to tie these jazz-classical fusions more closely to their jazz roots. Given the fluency with which Gershwin moved between the worlds of classical music, jazz, and pop, the experiment would seem a worthwhile and interesting one, but the recording, at least for those with the usual ways of performing Gershwin in their ears, is likely to come off as neither fish nor fowl. Gershwin’s genre-bending status is eloquently attested to by the multiple extant versions of the Rhapsody in Blue, which is heard here in its familiar arrangement by Ferde Grofé. Camilo, however, bases his solo part on Gershwin’s original version, a freer, jazzier thing with a language reminiscent in some ways of Gershwin’s own Song-Book improvisations. Camilo is an adept, exciting player with plenty of experience in classical music, but the effect of this combination is perhaps to plunk Gershwin’s living room down in the middle of a symphonic stage. Or perhaps to give an idea of what Art Tatum might have sounded like playing the Rhapsody in Blue. The recording seems to blur some strands that Gershwin kept clear as he wove them together. The big, soupy lyricism that is such an essential component of the Rhapsody is partly lost. Camilo plays it straighter in the concerto, but this work too ends up sounding more like modern jazz than it should. Gershwin’s music has always served as a stimulus for new creativity. And a bit of experiment is necessary to realize his aims fully. Perhaps Camilo’s approach will emerge as the standard in time, but for now it’s a detour down a Gershwin byway.

All compositions written by George Gershwin.
Recorded on February 2-4, 2005 in L’Auditori, Barcelona, Spain.