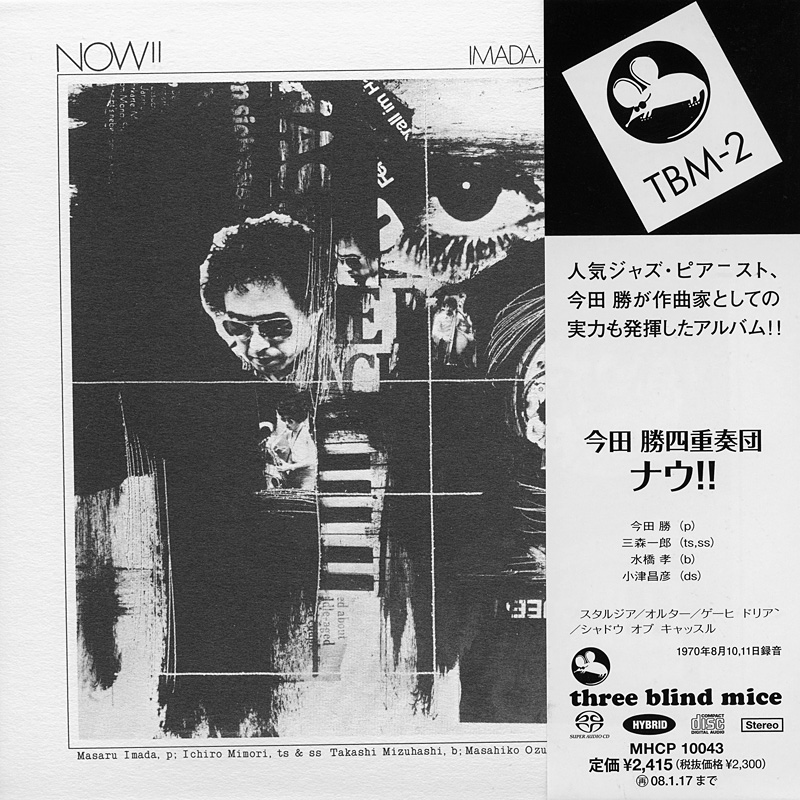 Masaru Imada is a Japanese jazz pianist and composer. “Now!!” was the second album released by the fledgling Three Blind Mice, and the pianist’s first leader album for the label. All four tunes are Imada’s original compositions. The two slow numbers – “Nostalgia” and “The Shadow of the Castle” show his lyrical, “quiet but emotional”, qualities. “Alter” is an adventurous tune whose focus is on free improvisation while “Gehi Dorian” is a modal composition as the title suggests.