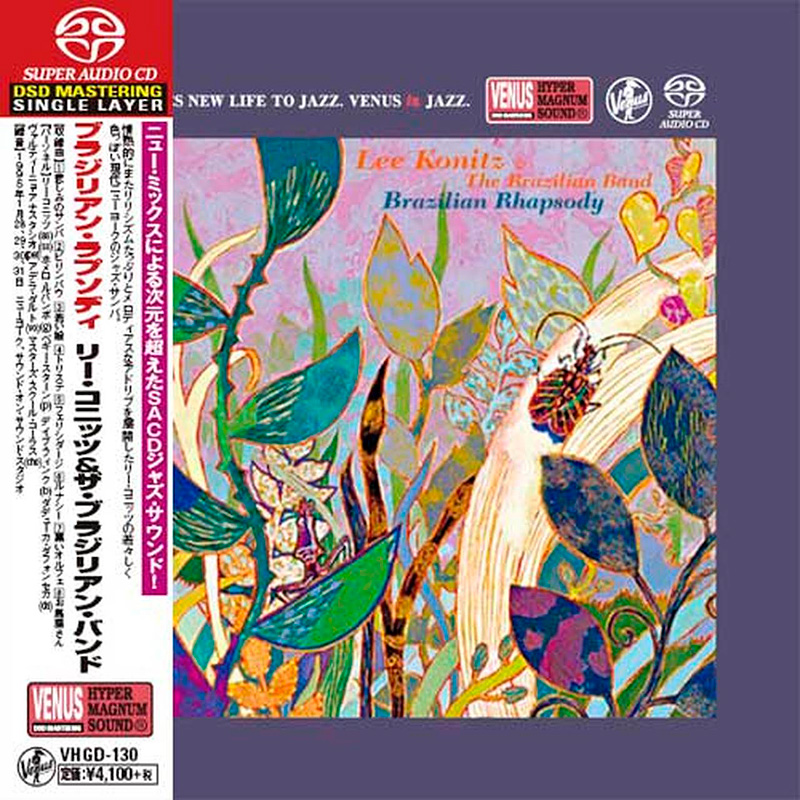 This release focuses primarily on Brazilian standards performed by the Konitz sextet, except for the Brazilian-flavored “Lunasea”, written by Peggy Stern, which features her high school choir. “Berimbau” is swinging and percussive, while the well-known “Insensatez” takes many unexpected turns. “Triste” is also a familiar theme played with relish. Vocalist Adela Dalto makes a strong impression with her guest spot on “A Felicidade”. Konitz’s duet with the phenomenal acoustic guitarist Romero Lubambo on “Manha De Carnaval” is breathtaking.

One of the most individual of all altoists (and one of the few in the 1950s who did not sound like a cousin of Charlie Parker), the cool-toned Lee Konitz has always had a strong musical curiosity that has led him to consistently take chances and stretch himself, usually quite successfully. Early on he studied clarinet, switched to alto, and played with Jerry Wald. Konitz gained some attention for his solos with Claude Thornhill & His Orchestra (1947). He began studying with Lennie Tristano, who had a big influence on his conception and approach to improvising. Konitz was with Miles Davis’ Birth of the Cool Nonet during their one gig and their Capitol recordings (1948-1950) and recorded with Lennie Tristano’s innovative sextet (1949), including the first two free improvisations ever documented. Konitz blended very well with Warne Marsh’s tenor (their unisons on “Wow” are miraculous) and would have several reunions with both Tristano and Marsh through the years, but he was also interested in finding his own way; by the early ’50s he started breaking away from the Tristano school. Konitz toured Scandinavia (1951), where his cool sound was influential, and he fit in surprisingly well with Stan Kenton & His Orchestra (1952-1954), being featured on many charts by Bill Holman and Bill Russo.