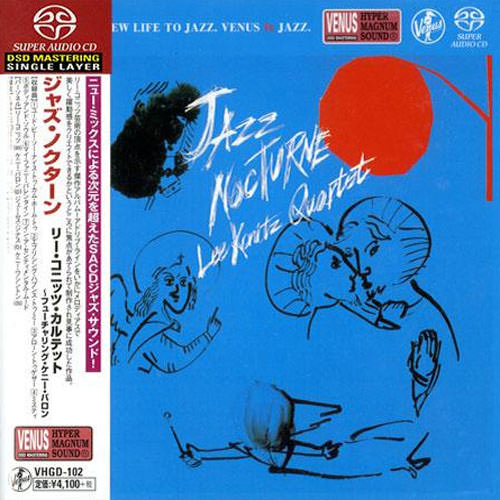 Lee Konitz has so frequently avoided “ordinary” jazz situations that it’s actually a rare treat to hear him do an album like this, with a roster of jazz standards performed by a straightahead American rhythm section–the great Kenny Barron on piano, James Genus on bass & Kenny Washington on drums.

Although never a poll winner, altoist Lee Konitz has had a more productive and consistently stimulating career than most of his contemporaries, never afraid to improvise fairly freely in his relaxed style. For this Evidence CD, Konitz digs into seven standards with an impressive rhythm section (pianist Kenny Barron, bassist James Genus and drummer Kenny Washington) and constantly comes up with interesting ideas and new twists. There are no phony disguises of familiar tunes with new titles on this date; just creative blowing. Konitz uplifts such often-overplayed material as “You’d Be So Nice to Come Home To,” “Misty,” “Alone Together,” “Body and Soul” and “My Funny Valentine” without ever becoming predictable; Kenny Barron is in excellent form, too. This album is recommended as a strong example of Lee Konitz’s playing in the ’90s.