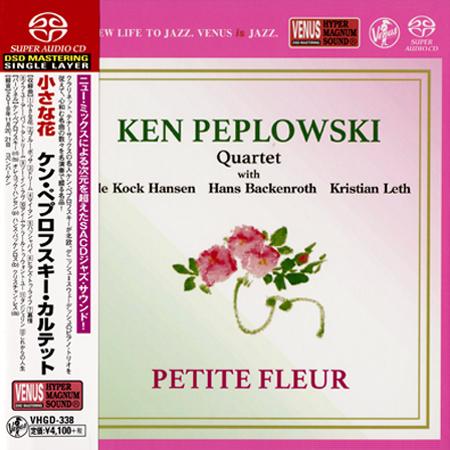 The Ken Peplowski quartet, consisting of Olel Kock Hansen, Hans Backenroth and Kristian Leth, perform eight jazz tunes including “Blue Bossa”, “Love Is A Many Splendored Thing”, and “What Are You Doing The Rest of Your Life”.

Ken Peplowski has recorded approximately 50 CDs as a soloist, and close to 400 as a sideman  some of the artists he’s performed/recorded with include Charlie Byrd, Mel Torme, Rosemary Clooney, Erich Kunzel and the Cincinnati Pops, Hank Jones, Peggy Lee, Bill Charlap, Woody Allen, Benny Goodman, and Madonna. He travels at least half of every year, playing clubs, concert halls, colleges, and pops concerts. He has headlined the Hollywood Bowl, Carnegie Hall, the Blue Note, and Dizzy’s Club amongst many other venues.

In 2014, Ken was the recipient of the Sarasota Jazz Festival’s “Satchmo” award, given to him for his “unique and enduring contribution to the living history of jazz”. Ken was also given a “Highlights In Jazz” concert in NYC honoring him for “his matchless musical achievements”.