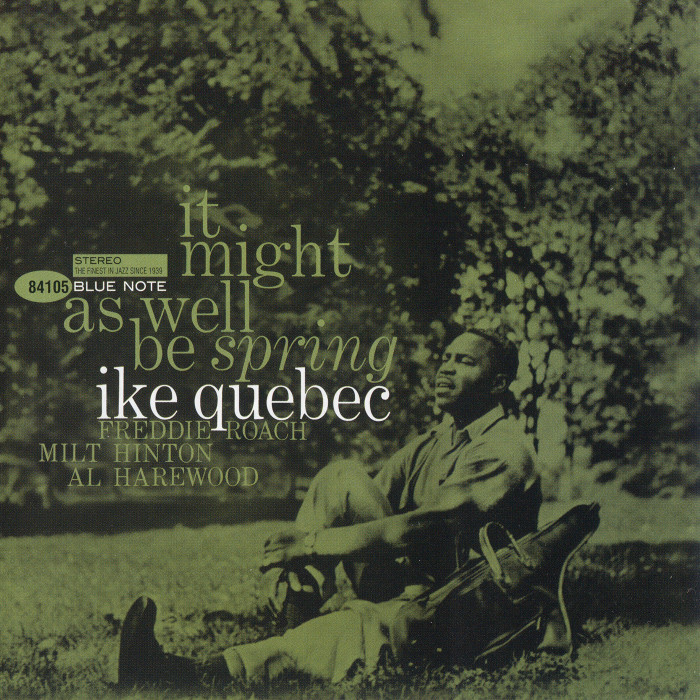 Working with the same quartet that cut Heavy Soul — organist Freddie Roach, bassist Milt Hinton and drummer Al Harewood — Ike Quebec recorded another winning hard bop album with It Might As Well Be Spring. In many ways, the record is a companion piece to Heavy Soul. Since the two albums were recorded so close together, it’s not surprising that there a number of stylistic similarities, but there are subtle differences to savor. The main distinction between the two dates is that It Might As Well Be Spring is a relaxed, romantic date comprised of standards. It provides Quebec with ample opportunity to showcase his rich, lyrical ballad style, and he shines throughout the album. Similarly, Roach has a tasteful, understated technique, whether he’s soloing or providing support for Quebec. The pair have a terrific, sympathetic interplay that makes It Might As Well Be Spring a joyous listen.

Mastered for this SACD by Kevin Grey and Steve Hoffman at Acoustech Mastering, Camarillo, CA.