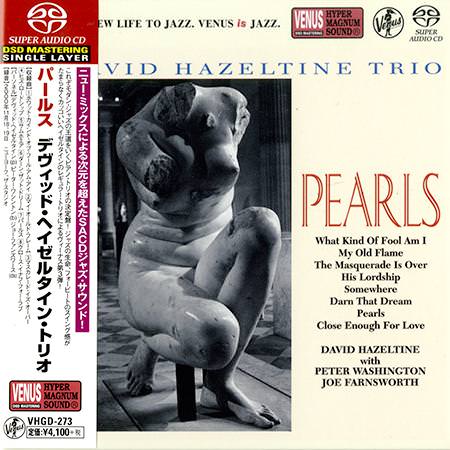 Hazeltine is one of the most sought after pianists today. He has worked with some of the world’s most respected jazz legends including James Moody, Eddie Harris, Jon Faddis, Joe Henderson, Pepper Adams, Jon Hendricks, and Marlena Shaw. David is known for taking a familiar or unexpected song and making it new, making it his own. He effortlessly transfers this skill from song to stage. Whether he’s composing or interpreting, accompanying or leading, you are certain to end the set remembering the sounds of David Hazeltine.

David Hazeltine is one of a handful of contemporary pianists who has mastered all of the major musical skills, from improvisation and technique, to accompaniment, arranging, and composition. Even more impressive, David is the rare artist able to innovate in each category. Thus it’s no surprise that he’s the most recorded contemporary jazz pianist of our time, having recorded thirty five cd’s as a leader and hundreds more as a sideman, on various major labels globally. The mark of a true artist, David’s style appeals to a wide range of musical tastes and levels of sophistication. His melodies and harmonies are beautifully complex and memorable. As a composer and instrumentalist, he has developed a signature style that is readily recognizable. His cooperative group “One For All” featuring tenor great Eric Alexander, has attained critical acclaim with their impressive 16 cd discography, and live concerts worldwide including appearances at the North Sea Jazz Festival and the Newport Jazz Festival. A Milwaukee native, David was playing the clubs as a preteen, and before he’d even come of age he was already grabbing the attention and respect of jazz legends like Sonny Stitt, and Chet Baker. They urged him to make the move to New York City, which he did in 1992.