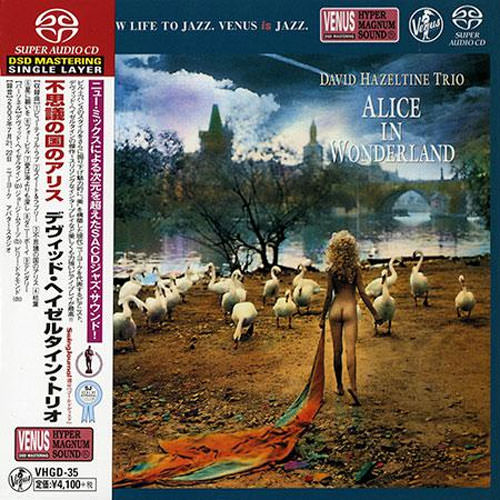 David Hazeltine, in the tradition of Parker, works within and across the constrains of bebop, and arcs toward the aesthetic of consonance rather than dissonance: reaching toward beauty in harmony, melody, rhythm and never straying too deeply from his roots. He is particularly influenced by Parker, Rollins, Bud Powell and early Miles Davis. Although seemingly hard-line about the tradition, Hazeltine has done an impressive amount of innovation and is a gifted arranger and composer. On this, Japan only release, Hazeltine is joined by George Mraz on bass and Billy Drummond on drums.

Today a major pianist in the New York and Japan scenes, David Hazeltine has been playing gigs since he was thirteen. He did not seriously consider going into music until right before college. Once he entered into the jazz world he was encouraged by Chet Baker who told him to go to New York. He has played and recorded with Jon Hendricks, Louis Hayes, and One for All. Although he is a pianist he feels more influenced by saxophonists, particularly Charlie Parker.

David Hazeltine evidently salutes pianist Bill Evans on this Venus release, as eight of the nine songs were recorded by Evans for Riverside and the late pianist’s influence is definitely a part of Hazeltine’s style (though the Japanese liner notes make it difficult to confirm for sure). Accompanied by two sympathetic musicians, bassist George Mraz and drummer Billy Drummond, Hazeltine’s interpretations of standards like “Beautiful Love,” “Alice in Wonderland” and “When You Wish Upon a Star” are lyrical and to the point. The lively setting of “How Deep Is the Ocean” and loping treatment of “Tenderly” also merit praise. Hazeltine’s sole composition is “For Bill”, a fluid piece that is also reminiscent of Bill Evans’ approach to the piano and writing. Summary is a beautifully recorded album!