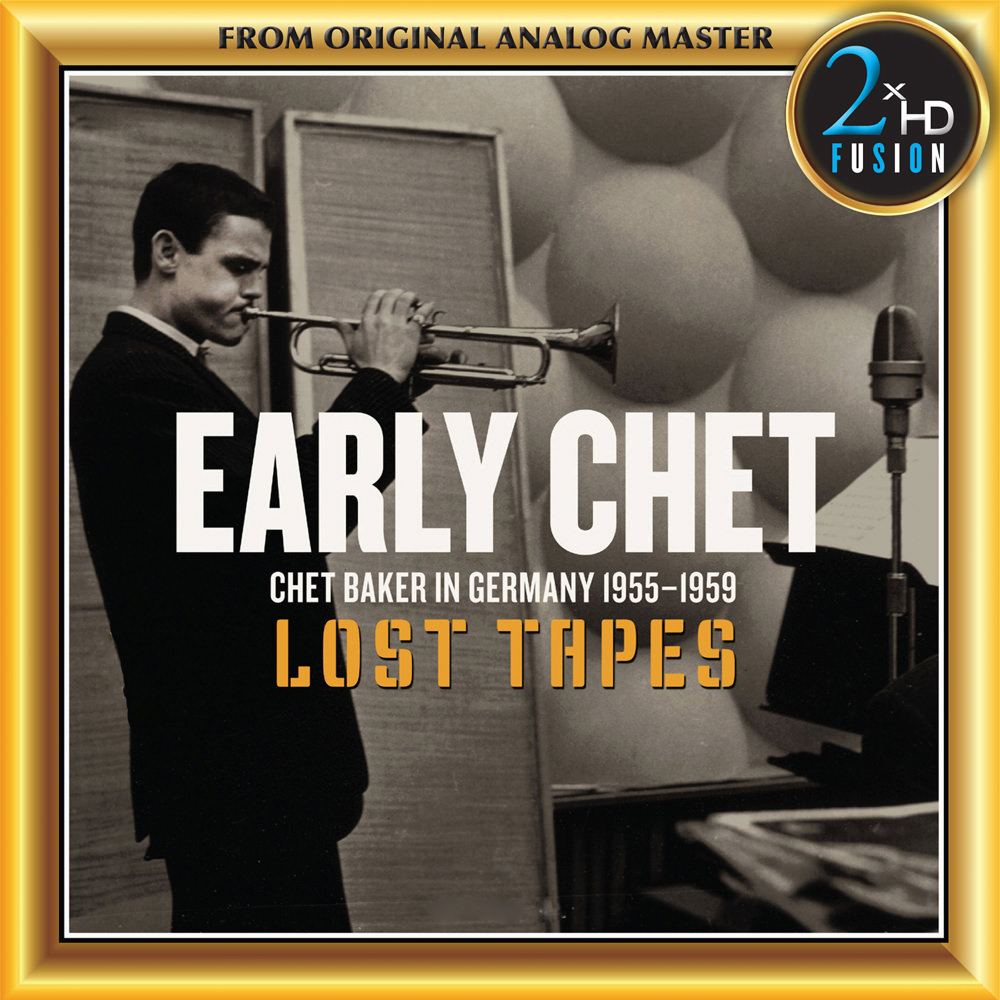 “Early Chet” compiles tracks jazz trumpeter Chet Baker recorded while on tour in the mid- and late ’50s. These tracks were made at the height of Baker’s popularity and showcase him in fine form throughout. Featured here are several (rare for Baker) big-band numbers, as well as two superb duets with Italian vocalist/guitarist Caterina Valente, “I Remember April” and “Everytime We Say Goodbye”.

This amazing collection of rarely heard recordings made by Chet Baker in Germany during the period 1955-59. Although not properly unissued, these tracks have been long unavailable and this is the first time ever they have been put together.

As trumpeter in the Gerry Mulligan Quartet, Chet Baker had first played his way into the hearts of fans in 1952 with lyrical ballads and a soothing tone. He gained fame seemingly overnight and in 1954 was voted best trumpeter by readers of the leading US jazz magazines – ahead of Dizzy Gillespie and Miles Davis. The gentle poet of the trumpet – that was his image. So it came as something of a surprise for European audiences to hear the Chet Baker they discovered at his live concerts: a trumpeter with a decisive attacca style and lively boppy lines, accompanied by a pianist who combined innovative harmonies with bizarre rhythms and a drummer who propelled the band with a hard, driving beat. No one was prepared for this Chet Baker Quartet, featuring pianist Dick Twardzik, bassist Jimmy Bond and drummer Peter Littman. “Bockhanal” is the earliest number on Early Chet and a particularly valuable rarity: just four weeks after this concert, the quartet no longer existed. Aged just 24, the pianist Dick Twardzik died a drug overdose in Paris on 21 October 1955. Chet Baker continued his European tour with a variety of accompanying musicians. And every so often as a soloist. He was also a welcome guest of Joachim-Ernst Berendt, who would invite Baker on two further occasions to Baden-Baden to record with the Kurt Edelhagen Orchestra. The idea of recording singer Caterina Valente in duet with Chet Baker was also ahead of its time: “I’ll Remember April” and “Every Time We Say Goodbye”. “Just Caterina and Chet – no one else. A meeting of ultimate refinement and ultimate simplicity,” wrote Joachim-Ernst Berendt. In these intimate duets, Chet Baker plays trumpet as only he knows how: delicate, melodic, supple. In July 1959 he headed back to Europe and returned to Baden-Baden as well. This time he made recordings with the Rolf-Hans Müller Orchestra. Particularly convincing are his performances in “Polka Dots and Moonbeams”. And in “Autumn in New York” he coolly rubs against the grain. In a spontaneous final cadence, “Early Chet” sets out his personal agenda: to communicate real depth using few notes.