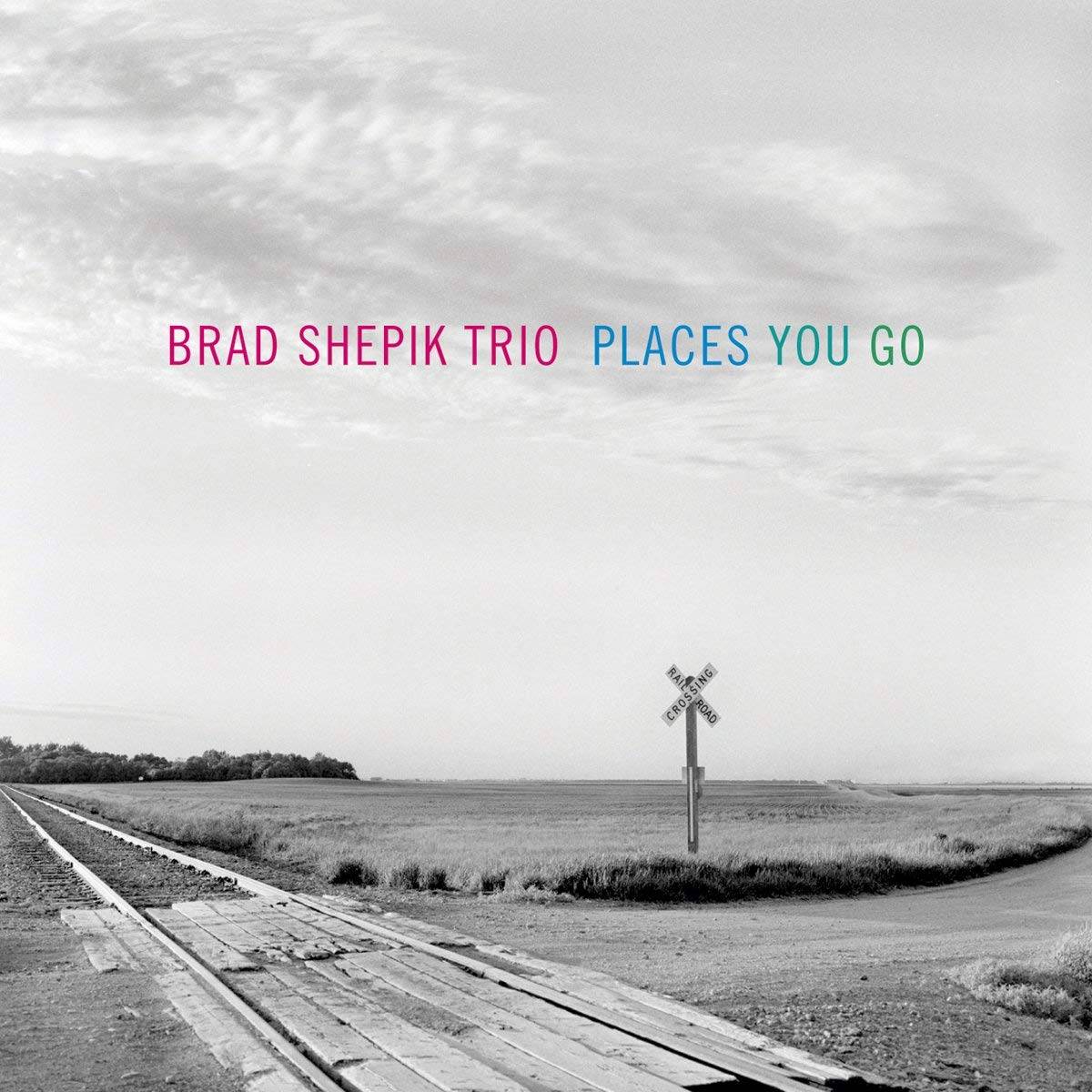 While named after himself, guitarist Brad Shepik’s trio is as much about his bandmates as Shepik himself, with Gary Versace on Hammond B-3 and Tom Rainey on drums. All three masters of musical invention, this album features technically advanced, elegantly integrated, beautifully detailed jazz improvising. It’s also pretty soulful. The trio has a knack for honing in on the heart of the music, reflecting both the exhilaration of collective creation and the subtler emotional tints unique to each piece.

Although he holds onto the trio configuration for Places You Go, Brad Shepik has made one rather major change here: out goes the bassist of the jazz guitarist’s past two albums and in comes Hammond B-3 organist Gary Versace. To say that Shepik’s shaken things up a bit in the rhythm department with this move would be stating the obvious, but with Versace handling the basslines on his keys, and holdover drummer Tom Rainey not only tying up the loose ends but quite often pointing the way, the additional textures aren’t so much a switcheroo as an opening up of myriad new possibilities. And the trio do take advantage of those possibilities, even if, in doing so, they give up a certain amount of the abandon that characterized their previous output (as well as some of Shepik’s other projects, such as the Commuters and Babkas): Versace’s approach is more often than not far removed from that of classic B-3 players like Jimmy Smith and Jack McDuff, save for one thing: like them, he’s got soul, and thus he and Shepik make sure to play off of the organ’s natural funkiness as often as possible. There is a cost to all this, though: Shepik’s music has lost a good deal of its worldliness. Where past projects were likely to visit traditions from the Balkans to Africa, the improvisations on Places You Go keep largely within more conventional Western jazz structures – if the word conventional can be applied to music this elastic and relatively edgy. Shepik has in the past shown a predilection for angular, strong, rhythmic bursts, and while there are still plenty of those, as well as many a time signature trick within these grooves, Shepik spends much of this record applying his technical prowess and songwriting acumen to what can only be considered rather straightforward, un-harsh tones and lyrical, easier-to-follow melodic and harmonic paths. Places You Go isn’t a lightweight album by any means – Shepik and both bandmembers kick out some serious musicality here from top to bottom, the smoother ballads being no exception – but it is a less experimental one. It would be foolhardy to expect a musician such as Shepik to stay here long, however – moving forward is too much a part of who he is.