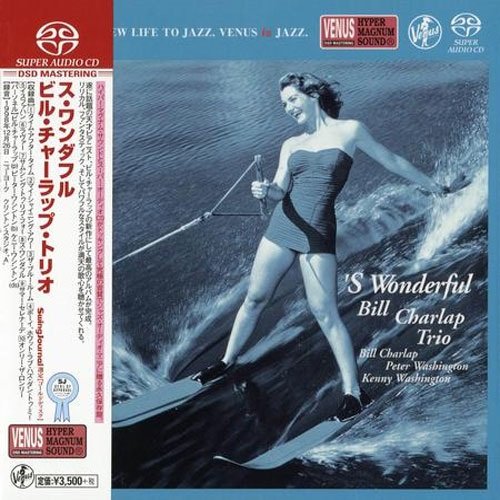 Before the talented pianist Bill Charlap went “major” with the Blue Note label, he was discovered by Venus Records and the Japanese audience. This “debut” album of Charlap, released in 1999, was an enormous hit and became an instant classic. Deeply rooted in the tradition of jazz and with tremendous knowledge and respect for the American songbook, Charlap’s piano playing is lyrical, fantastic and powerful. This album may not dazzle you with apparent “newness,” but the beauty of melody, sound, and deep swing will move you and make you smile. The great New York rhythm section, bassist Peter Washington and drummer Kenny Washington, contributes with great performances as well.

Best known for his work with Gerry Mulligan and later Phil Woods during the 1990s, pianist Bill Charlap was clearly developing rapidly on his own record dates. Beginning with a crisp rendition of “Time After Time,” Charlap, with a formidable rhythm section of bassist Peter Washington and drummer Kenny Washington, explores a nice mix of standards and jazz classics. His refreshing approach to “Lover” initially adds a Latin rhythm to the sprightly waltz before launching into overdrive. The less familiar material, including a jaunty take of George & Ira Gershwin’s “Boy, What Love Has Done to Me” and a breathtaking solo interpretation of Jimmy Van Heusen’s dreamy ballad “Only the Lonely,” is equally rewarding. The sound on this studio date is so intimate that it sounds as if the listener is sitting right next to the piano. This exquisitely packaged Japanese release is very highly recommended.