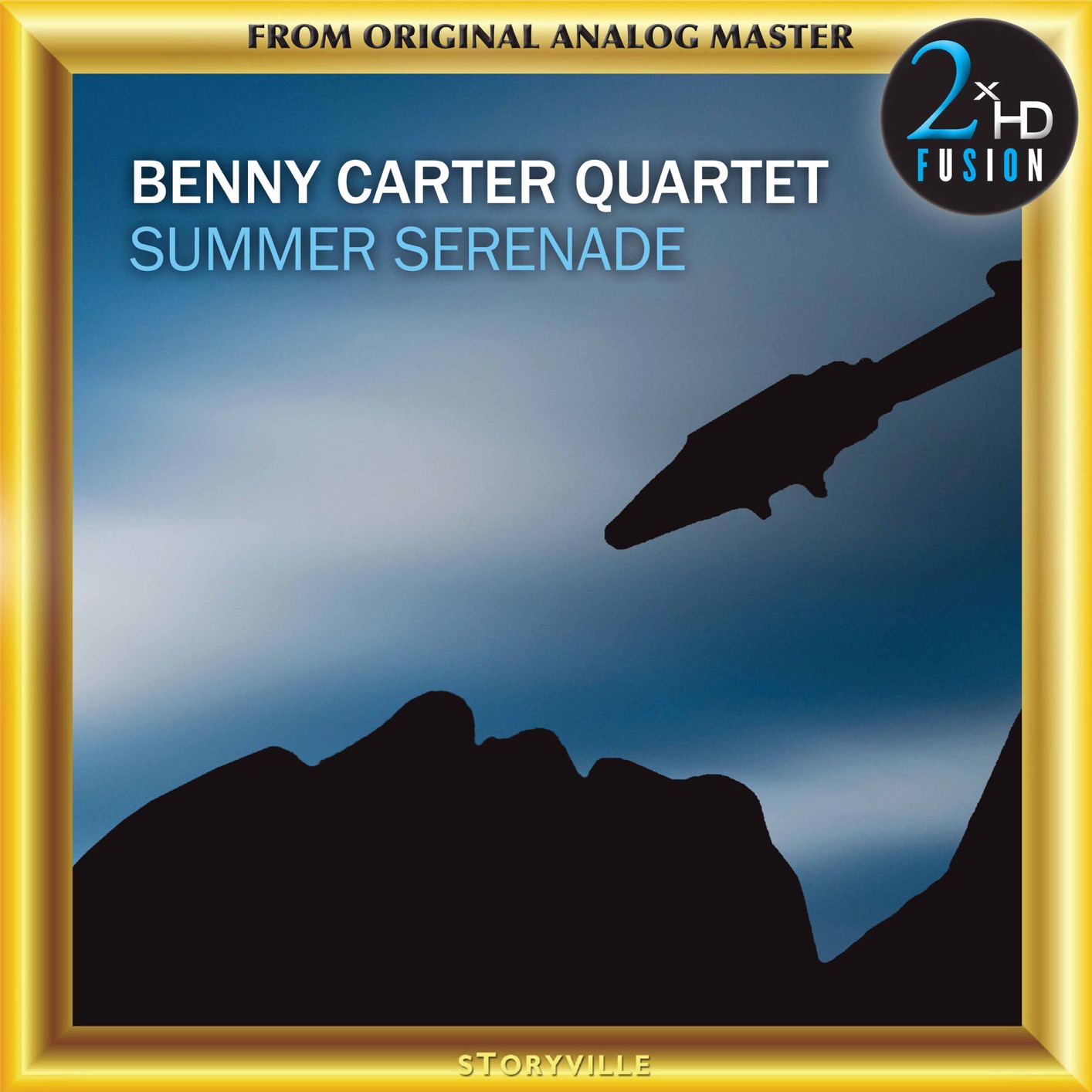 Jazz is an international music and Benny Carter is one of its leading statesmen.

„Benny Carter has recorded so many excellent swing sessions throughout his lengthy career that it is very difficult to pick out the best ones. This quartet date (Summer Serenade) recorded August 17, 1980 for the Danish Storyville label matches his alto with pianist Kenny Drew, bassist Jesper Lundgaard and drummer Ed Thigpen for four of Carter’s originals and three standards. As a bonus, Richard Boone sings the good-humored “All That Jazz.” (Scott Yanow, AMG)

Although he has played trumpet, trombone, clarinet, tenor and piano it is as an alto saxophonist that Benny has achieved his enviable reputation as an instrumentalist. He has acted as an inspiration to hundreds of younger men, all of whom have been fascinated by the seemingly effortless way in which that flawless tone was produced. The broad, sweeping phrases of his improvisations have the structural stability of compositions in their own right.

In 1987, Benny was given the Grammy Lifetime Achievement Award. In 1994 he was winner for his solo “Prelude to a Kiss” and in the same year received a star on the Hollywood Walk of Fame for his work in film music. In 2000 Carter was awarded the National Endowment for the Arts, National Medal of Arts, presented by President Bill Clinton.

„Everybody ought to listen to Benny. He’s a whole musical education.“ (Miles Davis to Leonard Feather, Down Beat)

„He’s everything a musician would want to be.“ (Ella Fitzgerald in Benny Carter: Symphony in Riffs, a film by Harrison Engle, 1991)

„…probably the most rounded and sophisticated of all the jazz composers.“ (André Previn in Benny Carter: Symphony in Riffs, a film by Harrison Engle, 1991)

„He’s the consummate musician. More than anyone else, he represents what American music is all about.“ (David Sanborn (in Benny Carter: Symphony in Riffs, a film by Harrison Engle, 1991)

About 2xHD Fusion process:
In the constant evolution of its proprietary mastering process, 2xHD has progressed to a new phase called 2xHD FUSION, integrating the finest analogue with state-of-the-art digital technology.
The mastering chain consists of a selection of high end vacuum tube equipment. For the recordings on this album, the original ¼” 15 ips NAB master tapes were played on a Nagra-T tape recorder, modified with high end tube playback electronics, wired from the playback head directly to a Telefunken EF806 tube, using OCC silver cable. The Nagra T, with its four direct drive motors, two pinch rollers and a tape tension head, has one of the best transports ever made. A custom-built carbon fibre head block and a head damping electronic system permit 2xHD FUSION to obtain a better resolution and 3D imaging.
The resulting signal is then transformed into high resolution formats by recording it in DSD 11.2 kHz using a Merging Technologies Horus A to D converter. All analogue and digital cables are state of the art. The 2xHD FUSION mastering system is powered by a super capacitor power supply, using a new technology that lowers the digital noise found in the lowest level of the spectrum. A vacuum tube NAGRA HD DAC (DSD) is used as a reference digital playback converter in order to A and B with the original analogue master tape, permitting the fusion of the warmth of analogue with the refinement of digital.