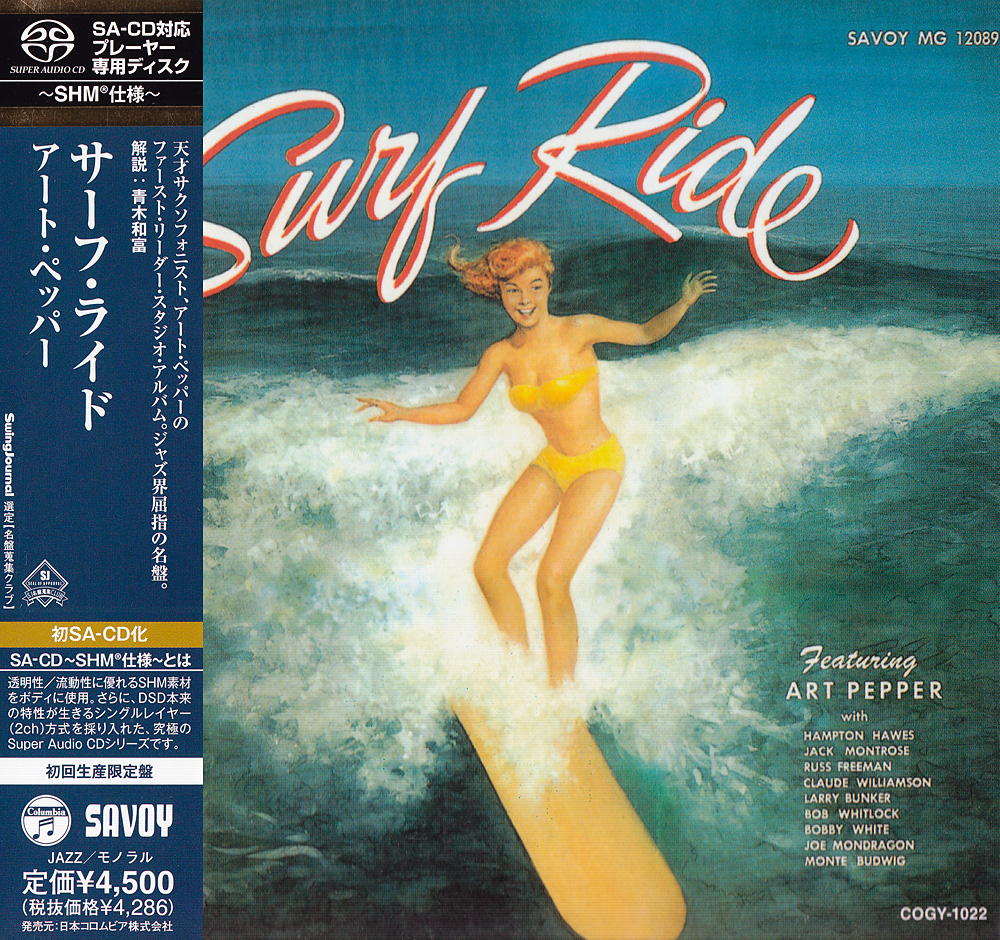 Surf Ride is an album by saxophonist Art Pepper featuring sessions from 1952-54 which was originally released as a 12 inch LP on the Savoy label in 1956. All of the recording presented in original Mono format.

The music on this Savoy LP is quite brilliant, but there are only 12 performances included (around 37 minutes). There are quartet outings with either Russ Freeman or Hampton Hawes on piano and tracks from a classic session with tenor saxophonist Jack Montrose. The somewhat random nature of this set is unfortunate, for Pepper is in superior form throughout, with highlights including “Tickle Toe,” “The Way You Look Tonight,” and his earliest recordings of such originals as “Susie the Poodle,” “Straight Life,” and “Surf Ride.”