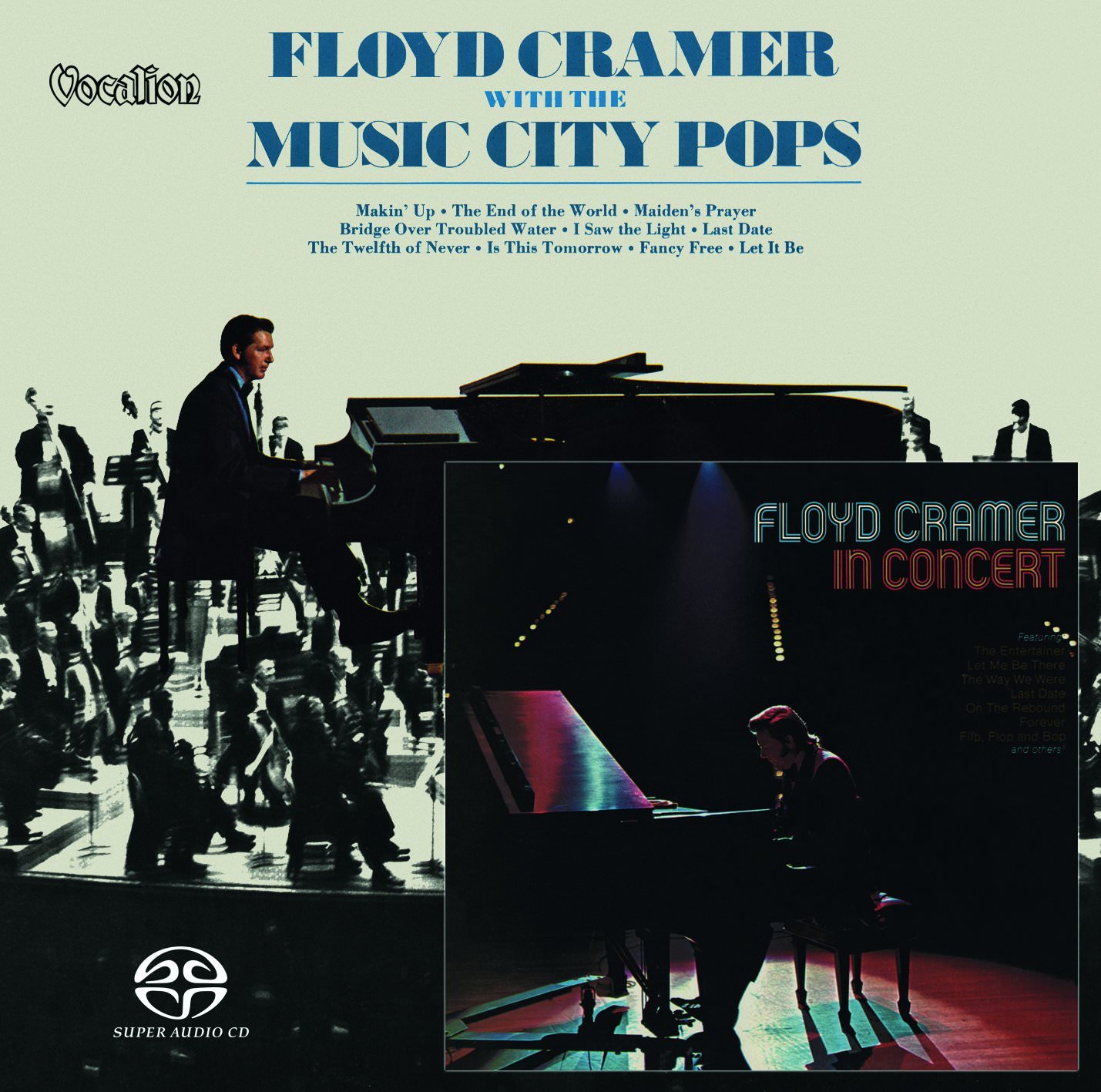 Floyd Cramer’s known as a studio genius who’s especially great in an intimate setting – but here are two albums that feature the legendary pianist in very different modes! First up is Floyd Cramer With The Music City Pops – a set that has Floyd’s piano in front of the Nashville orchestra – who soar and glide along in these ways that are maybe even more upbeat than some of Cramer’s usual material – even though the lineup features lots of strings and woodwinds! The set was still recorded in the studio, and Floyd’s piano lines are nice and clean, and very much in the lead – on tracks that include “Fancy Free”, “Let It Be”, “Is This Tomorrow”, “I Saw The Light”, “Makin Up”, and “The End Of The World”. Floyd Cramer In Concert is a compelling live album – with Floyd playing in front of an audience, but still recorded in all the best up-close modes of his other records! The event is an odd one – the Ninth Grade Banquet at Neely’s Bend Junior High – but Cramer’s a consummate pro throughout, and plays as if he’s trying to serenade a much larger audience in an amphitheater. Titles include “Let Me Be There”, “On The Rebound”, “Forever”, “Flip Flop & Bop”, “The Way We Were”, and a “Hank Williams Medley”.