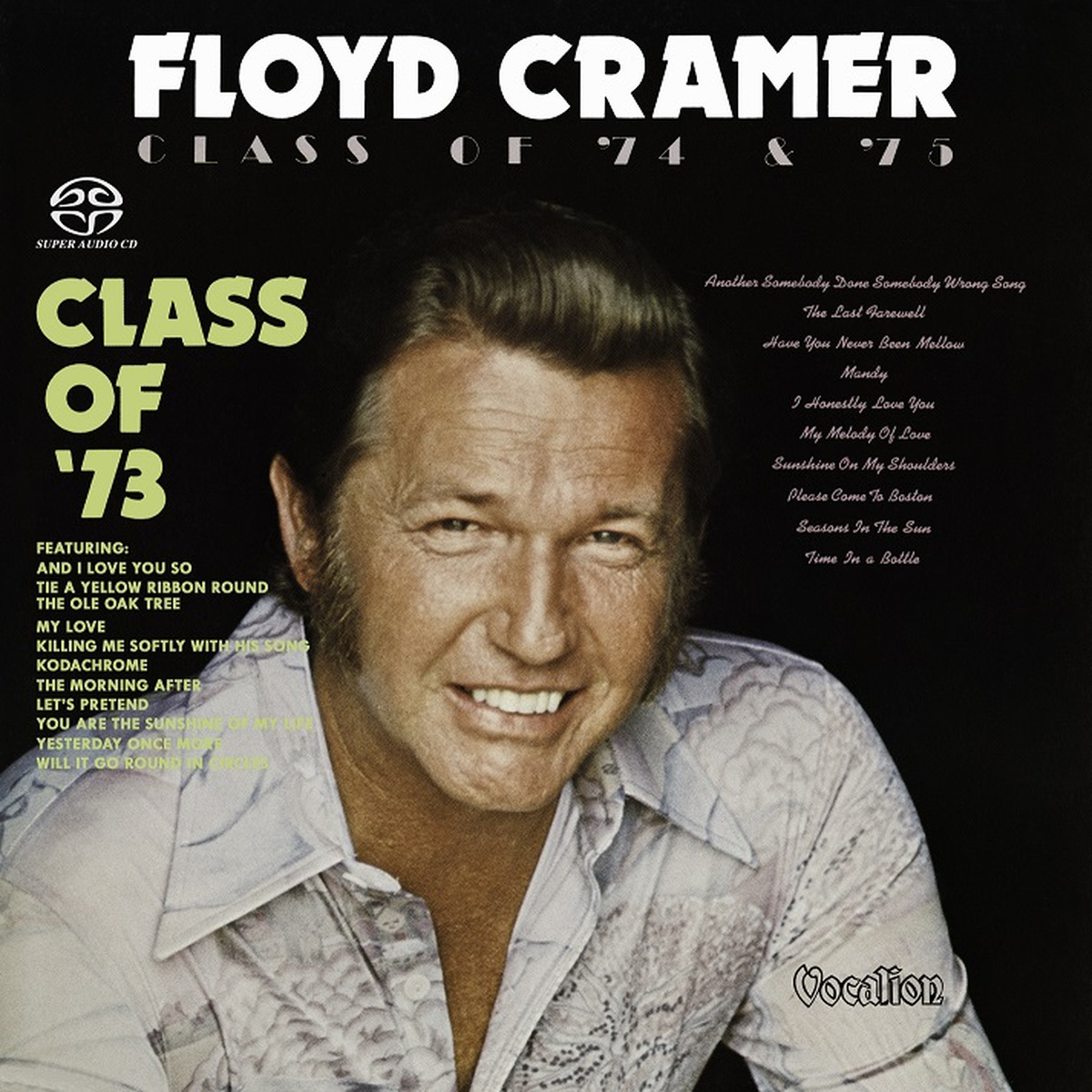 Pianist and country music supremo Floyd Cramer returns with two albums on one SACD: Class of ’73 and Class of ’74-’75. Produced by Chet Atkins and recorded at the famous “Nashville Sound” Studios, it’s certainly an ear-opening experience hearing Cramer’s inimitable piano in wide, expansive four-channel audio. And you’ll marvel at just how alive and vibrant his country interpretations of popular hits are when given the quadraphonic treatment.

With Vocalion’s Christmas 2015 release, a new world of audio is opened up. Remember the Quadraphonic boom of the 1970s? It was when many of the major record companies decided that stereo was no longer enough and launched four-channel (quadraphonic) sound. For that section of the record-buying public fortunate enough to own a hi-fi system capable of reproducing four-channel recordings, they were able to hear music literally in a new dimension, because now not only did the sound come at them from front-left and front-right (as it would in conventional stereo), but also from back-left and back-right too. This “surround” effect placed the listener in the centre of the music instead of just in front of it, and as a result new meaning, depth and clarity was brought to the music that emanated from the LP spinning on the turntable or the 8-track cartridge whirring in the tape player. Thankfully, many of the artists who appear so regularly on Vocalion were originally recorded in glorious quadraphonic sound. Michael J. Dutton remastered both the stereo and four-channel elements from the original analogue tapes: for the stereo element the original ¼” stereo masters were used, and for the four-channel element the original four-channel “discrete” masters were used. These were used respectively to cut the original stereo and quadraphonic vinyl LPs.

The Class of series began in ’65, and ’74-’75 was the last of it. Great sound, enjoyable hits done in really polished Cramer style. Kodachrome (Class of ’73) is a highlight, done with such enthusiasm and drive you’ll play it over and over. Very sensitive playing where needed; Floyd was a real American Treasure and a loss to the music industry and to those who love his inimitable style, grace and virtuosity.