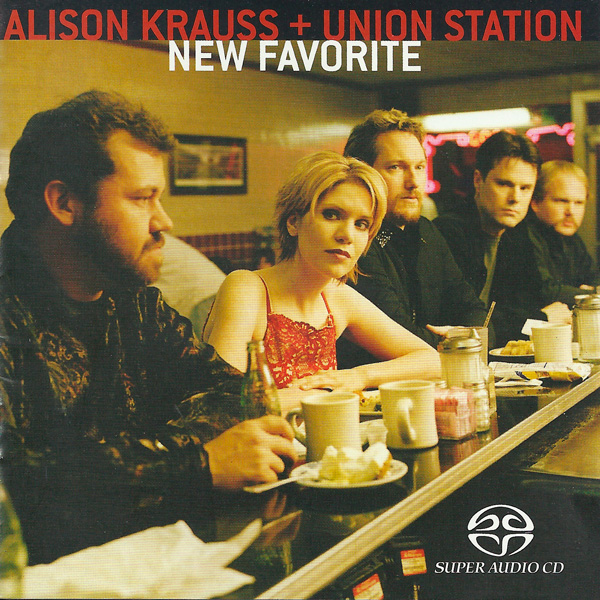 New Favorite is the ninth album by bluegrass music group Alison Krauss & Union Station. The album peaked in the top 50 of the Billboard 200 and within the top 5 of the Billboard charts for both Country and Bluegrass and was certified gold. This album was released in the same year as the O Brother, Where Art Thou? soundtrack, which Krauss appeared on, that had a large effect on bluegrass in the United States. At the 44th Grammy Awards, New Favorite would go on to win the Grammy Award for Best Bluegrass Album and the single “The Lucky One” won the Grammy Award for Best Country Performance by a Duo or Group with Vocal as well as Best Country Song.

Following the success of the startlingly popular traditional old-timey soundtrack for the film O Brother, Where Art Thou?, contemporary bluegrass pioneers Alison Krauss & Union Station moved in the opposite direction for their 2001 release, New Favorite. While Krauss and Union Station guitarist/vocalist Dan Tyminski got deeply in touch with their dust bowl Americana roots for their work on the film, their follow-up studio album is certainly the slickest, most progressive work they’ve recorded to date. New Favorite seems almost neatly divided into two albums: one following the same path as Krauss’ 1999 contemporary country solo album, Forget About It, and the other helmed by Tyminski, bringing a progressive slant to Union Station’s traditional bluegrass feel. The whole album is well crafted (with the exception of Tyminski’s laborious, drawn-out “The Boy Who Wouldn’t Hoe Corn”) but will certainly not sit right with certain elements of the band’s core audience, who has come to know them as the strongest traditionally based bluegrass act still recording. The whole album feels a little too slick and reverbed out; the brilliant dobro work of Jerry Douglas seems mired in echoes, and at times Krauss’ vocals seem to be coming out of some deep studio well. The musicianship, however, is beyond top-notch. The players (specifically banjo player Ron Block and guitarist Tyminski) are among the best in the genre, and the harmonies between the two vocalists are stunning and chill inducing. Their call and response vocals on “Daylight” serve as the highlight of the album, traced delicately by Douglas’ dobro and chilling to the end. Unfortunately, the collective spirit that was so evident on their 1997 release So Long So Wrong seems to be dissolving, and the award-winning fiddle playing that brought Krauss to the nation’s attention seems to be becoming almost a background instrument (if it shows up at all). While there are intriguing moments in the album, it lacks the spark that So Long So Wrong had in spades, and even their few moments on the O Brother soundtrack seemed to breathe more life into the band than New Favorite does.