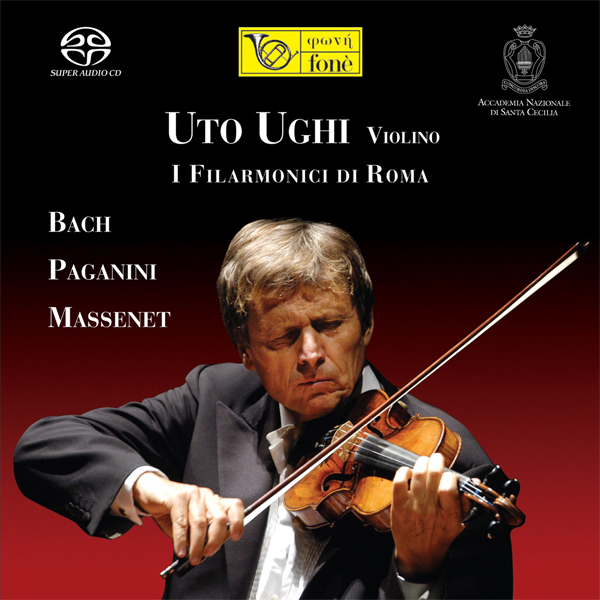 Uto Ughi showed a remarkable talent from his earliest childhood; in this first public concert at the age of seven he played the Chaconne from Bach’s Partita No. 2 and several Paganini Capriccios. He then went on studying with Georges Enescu, who had been Yehudu Menuhin’s teacher.

In 1959, UTO UGHI started touring Europe, giving concerts in most European capitals and also in Italy, where he is regularly still appearing with the major orchestras as well as on the Italian Radio. One critic, as early as 1952, wrote: “Uto Ughi must consider himself an artistically and technically mature artist”.
In 1963 he was invited to come to Australia and New Zealand for a long Celebrities Series concert tour by the Australia Broadcasting Commission (A.B.C.).

Considered one of the finest violinists in the world today, UTO UGHI has appeared with the most important European and American Orchestras, including: Concertgebouw in Amsterdam, the Boston Symphony, the Philadelphia Orchestra, the New York Philharmonic, the Washington Symphony under the direction of conductors such as Celebidache, Colin Davis, Haitink, Sinopoli, Sargent, Rozhdestvenskj, Leitner, Prêtre, Rostropovich, Cluytens, Kondrashin, Chung, Masur, Bishkof, Ceccato.

His public appearances are so successful that requests for more concerts come flooding in from the United States, Canada, the Soviet Union, Australia and Japan.

He has appeared as soloist with the most prestigious English orchestras, such as the London Philharmonic, the London Symphony, the Royal Philharmonic, the Philharmonia Orchestra and the BBC Orchestra. His success at the Salzsburg and Vienna Festivals, where he performed Mozart in the double role of soloist and conductor, was particularly brilliant.

For the “Italia 2000” celebrations in Russia, he gave a concert with the Bolshoi Theatre Orchestra for an audience that included the most distinguished representatives of the Russian government and culture. He has appeared with the London Symphony Orchestra under the direction of Rostropovich, with Zubin Mehta and the New York Philharmonic, concerts which were so memorable that they were headlined in the international press.
In November 1990, during his official state visit to England, was asked by the then Italian President Cossiga to play for the Queen.

In 1992, the Washington Post wrote a rave review of his performance of the Beethoven Concerto with Rostropovich: “Uto Ughi, a violinist whose mind is as interesting as his hands”. He showed a fine sense of form with excellent technique and perfect aplomb”.

UTO UGHI founded the “Homage to Venice” Festival, to collect funds for the restoration of Venetian historic monuments.

In 1978 he was named permanent member of the St. Cecilia Academy.
His long list of recordings under the RCA Victor Red (BMG) label includes performances of the Beethoven and Brahms Concertos with Sawallisch, the Tchiakowsky Concerto with Kurt Sanderling, the Mendelssohn and Bruch Concertos with Prêtre, a group of Beethoven Sonatas with Sawallish at the piano, the complete Mozart’s Concertos, a Viotti Concerto, Vivaldi’s “Four Season”, three Paganini Concertos in the double role of soloist and conductor, the Dvorak Concerto with Leonard Slatkin, conducting the Philharmonia Orchestra and the complete Bach Sonatas and Partitas for solo violin. The last recording is “Violino Romantico” in 2013, by Sony Classical, a collection of emblematic Romance pieces for Violin.

Another particular event in the life of this Artist is the publication of his book “Quel Diavolo di un Trillo – note della mia vita”: the unbelievable story of a life, totally dedicated to music (Ed. Einuadi – 2013).
UTO UGHI plays a Guarnieri del Gesù of 1744 which, with its deep, warm sound, is probably one of the most beautiful Guarneris in existence, and a Stradivarius of 1701, known as “Kreutzer” because it once belonged to the violinist by that name to whom Beethoven dedicated his famous Sonata.