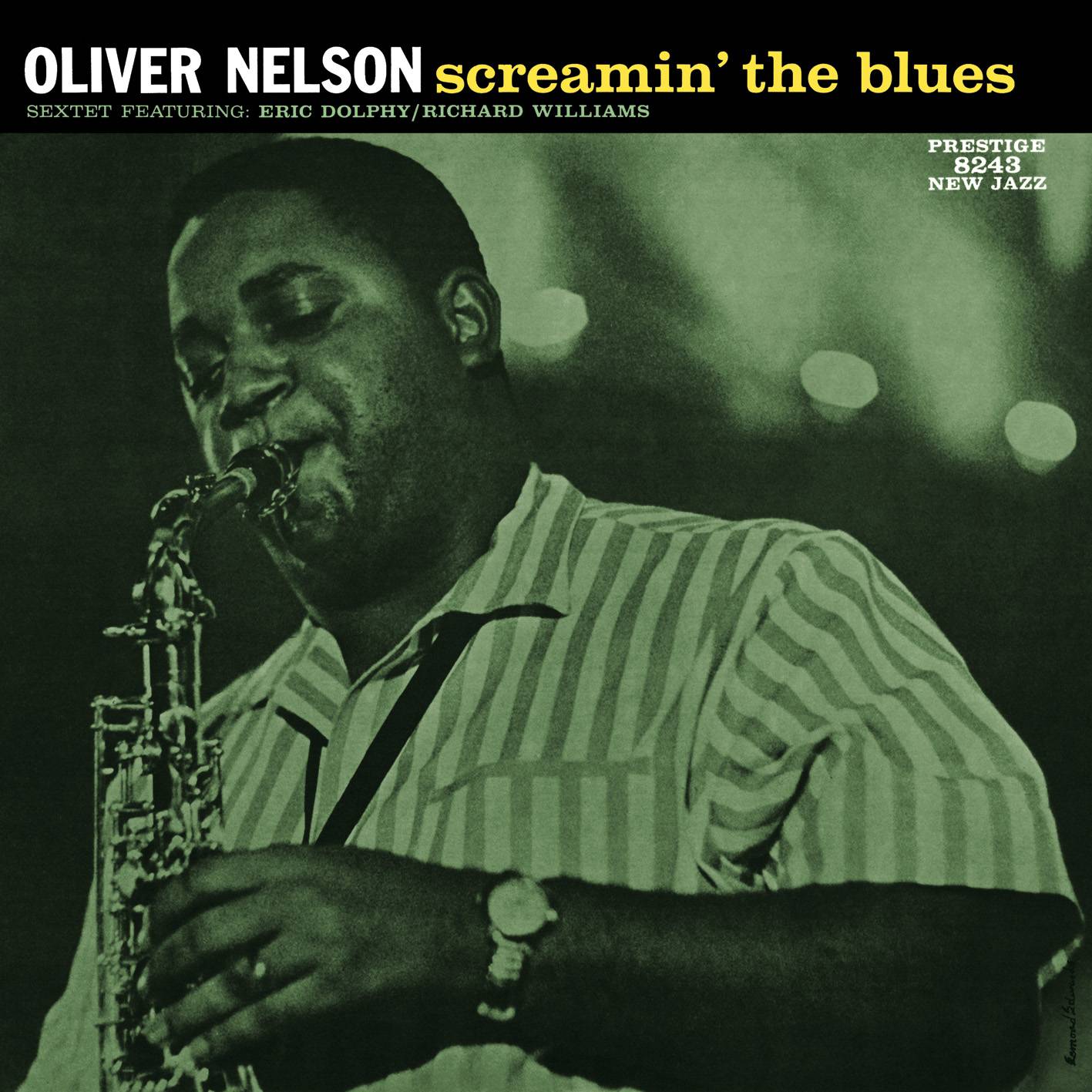 Oliver Nelson meets Eric Dolphy on this frequently exciting sextet session with trumpeter Richard Williams, pianist Richard Wyands, bassist George Duvivier, and drummer Roy Haynes. Although Dolphy is too unique and skilled to be overshadowed in a setting such as this, Nelson holds his own. He contributed five of the six compositions (including “Screamin’ the Blues,” “The Meetin’,” and “Alto-Itis”) and effectively matches wits and creative ideas with Dolphy. This edition is a part of the ultimate audiophile Prestige Stereo reissues from Analogue Productions — 25 of the most collectible, rarest, most audiophile-sounding Rudy Van Gelder recordings ever made.

Posterity remembers Oliver Nelson (1932-1975) primarily as an arranger/conductor. When he first began to attract attention with a series of albums for Prestige and its subsidiaries, however, Nelson was hailed as a versatile leader of small groups and a composer/instrumentalist who could refresh the music’s traditional verities while also looking ahead. There is no better showcase for these skills among his initial sessions than Screamin’ the Blues, a rousing set of funky modernism interpreted by a sextet of players who shared Nelson’s allegiance to both virtuosity and vision. The pairing of saxophonist Eric Dolphy with Nelson was particularly inspired as both men were adept on more than one instrument, and allowed this sextet to create an uncommon diversity of colors. Nelson and Dolphy would reunite a year later on both the classic Blues and the Abstract Truth and (with the band heard here minus trumpeter Richard Williams) on the looser yet intense Straight Ahead. With Richard Williams, Eric Dolphy, Richard Wyands, George Duvivier and Roy Haynes.