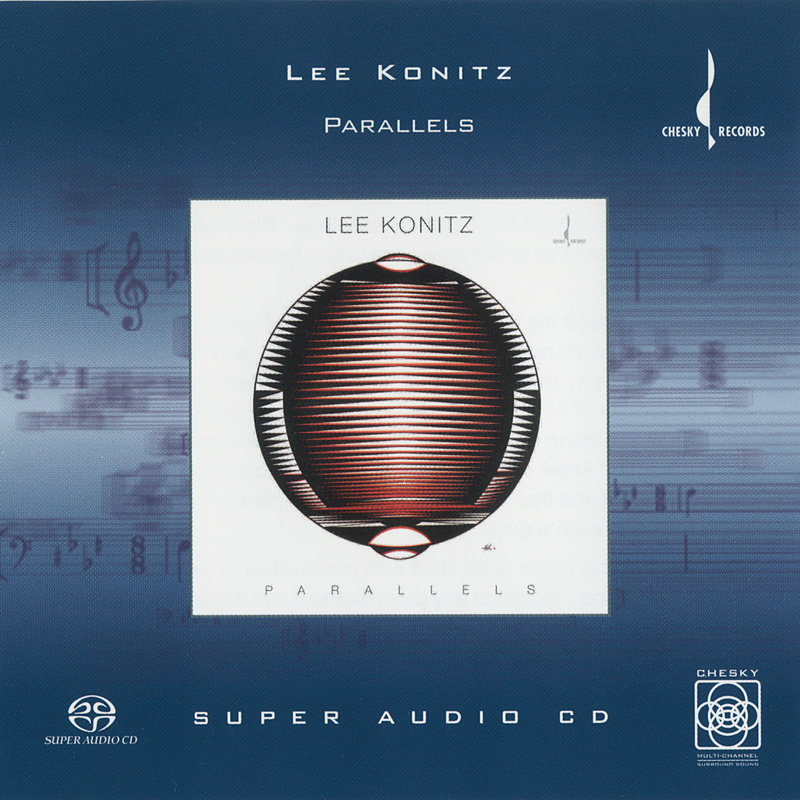 Lee Konitz’s Chesky Records debut, now available in this Multi-Channel SACD format, demonstrates in full surround sound that Konitz continues to maintain his role as a true icon and legend of innovation within the Jazz community. Lee proves once again his unique improvisational ability by infusing his alto sax lines into the solid framework constructed by his quintet. This recording marks the manifestation of Lee’s desire to represent the “possibilities to be creative” in the organic, improvisational nature of Jazz by combining it with the parallel basis of Chesky’s recording philosophy – recreating a live, spontaneous event with the greatest accuracy possible, now dramatically improved via the SACD format.

The veteran alto saxman isn’t doing gospel music anymore, but the staff at Chesky set Konitz and the other members of his quartet up in the perfect acoustic environment of St. Peter’s Church in the Chelsea area of New York City. Sonics aside, this is a solid, though fairly laid-back date which displays the formidable ensemble and solo talents of each member. Drummer Bill Goodwin and acoustic bassist Steve Gilmore provide an increasingly swinging rhythm line for Konitz to dance over on an inventive arrangement of “How Deep Is the Ocean.” Guitarist Peter Bernstein adds some subtle Wes Montgomery style harmony lines, but the band plays it close to the vest for most of the tune. Bernstein’s crisp improvisational solo section is the highlight. With the exception of that tune, a smoky rendition of “Skylark,” and Lenny Tristano’s “317 East 32nd Street,” the collection offers a glimpse of Konitz’s strong composing skills. One of the most remarkable aspects of this date is the joyful give and take interaction between Konitz’s alto and guest tenor saxman Mark Turner on the bouncy “317 East 32nd” and the ballad “Eyes,” which the two co-wrote. On the latter, Konitz and Turner sometimes engage in a witty repartee, and sometimes they fuse for a cool horn section effect. In his liner notes, Konitz says that the nature of this music is filled with possibilities to be creative. Working with cohorts like this, there’s no possibility of anything else.