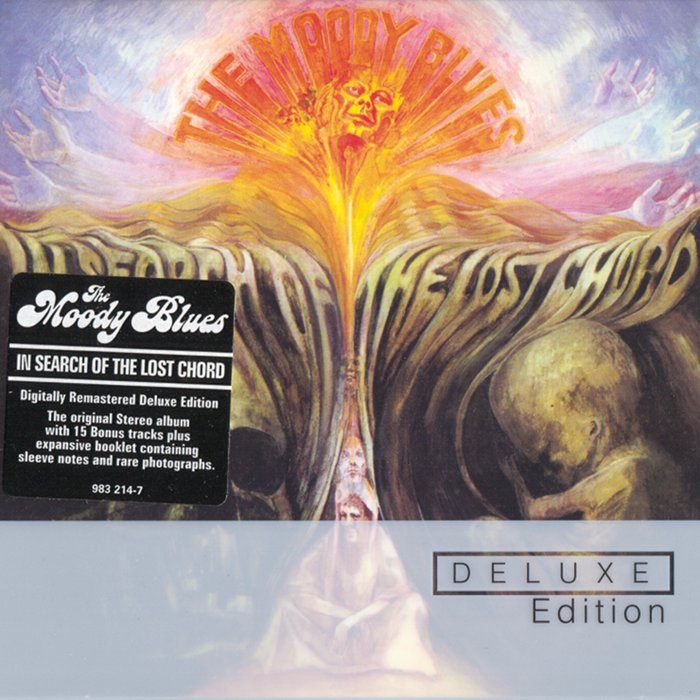 In Search of the Lost Chord is the album on which the Moody Blues discovered drugs and mysticism as a basis for songwriting and came up with a compelling psychedelic creation, filled with songs about Timothy Leary and the astral plane and other psychedelic-era concerns. They dumped the orchestra this time out in favor of Mike Pinder’s Mellotron, which was a more than adequate substitute, and the rest of the band joined in with flutes, sitar, tablas, and cellos, the playing of which was mostly learned on the spot. The whole album was one big experiment to see how far the group could go with any instruments they could find, thus making this album a rather close cousin to the Beatles’ records of the same era. It is all beautiful and elegant, and “Legend of a Mind”‘s chorus about “Timothy Leary’s dead/Oh, no — he’s outside, looking in” ended up anticipating reality; upon his death in 1996, Leary was cremated and launched into space on a privately owned satellite, with the remains of Star Trek creator Gene Roddenberry (another ’60s pop culture icon) and other well-heeled clients.