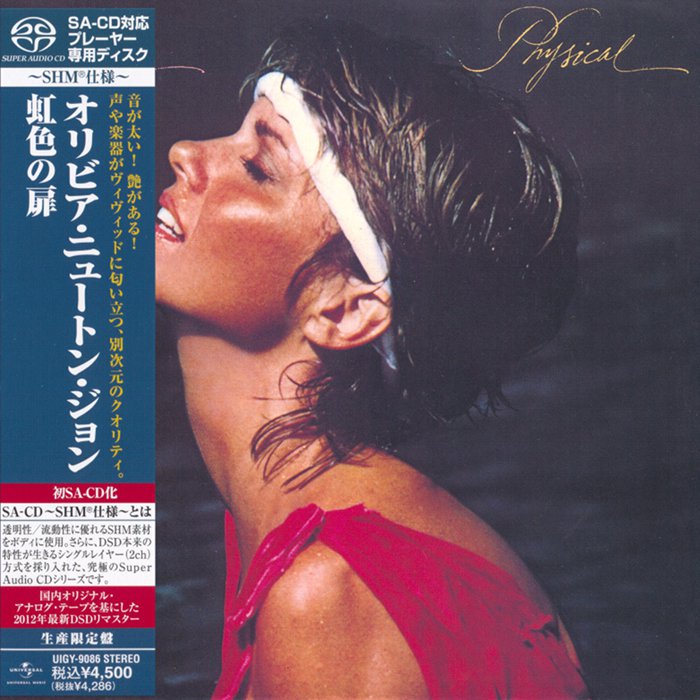 Uses the 2012 DSD master based on Japanese original analog tape. Reissue features the high-fidelity SHM-SACD format (fully compatible with standard SACD player, but it does not play on standard CD players). DSD Transferred from analogue master tapes by Masaru Takagi.

“Physical” became such a monster hit – not just a hit, but a pop-culture phenomenon that was impossible to escape – that it became difficult to view its accompanying album as anything other than a conduit for the single. The thing was, Physical was a damn good record, in many ways one of Olivia Newton-John’s very best. Picking up where Totally Hot and Xanadu left off, Physical skillfully balances catchy yet mellow dance cuts with immaculately crafted adult contemporary pop and ballads. The title track, of course, is the best example of the dance side, but “Landslide,” “Make a Move on Me,” and “Promise (Dolphin Song)” illustrate that Physical wasn’t a one-hit record at all – if anything, they hold up better than the big hit. There is some filler here – none of her records were free from that curse – but it’s well-made filler and helps make Physical one of the most enjoyable albums of her career.